This article originally appeared in FIN, the best newsletter about fintech; subscribe here.

The crypto world went into a tailspin this week, as the US Securities and Exchange Commission (SEC) chased after two of the world’s biggest players, the crypto trading and lending hub Genesis and Gemini, a crypto exchange. These companies are well-known not only for their scale, but because of their ownership; Genesis is part of the Digital Currency Group (DCG), owned by crypto pioneer Barry Silbert. (The company’s legal headaches may not end with the SEC action; on January 6, Bloomberg reported that federal prosecutors are investigating DCG’s internal financing.) Gemini is probably best-known for being owned by the Winklevoss twins.

According to the SEC, Gemini’s “Earn” program, which promised return rates as high as 8% on crypto holdings, gave customers’ digital assets to Genesis. Genesis invested those assets and paid Earn holders their returns, minus an “agent fee” that was paid to Gemini. Starting from early 2021, some 340,000 retail investors, mostly within the United States, signed up for Earn, investing some $900 million. Then, in November 2022, as the crypto world continued to fall apart, Genesis announced that it was suspending investors’ ability to withdraw their money, which remains in limbo.

Tyler Winklevoss caught a lot of Twitter traction with this tirade:

1/ It’s disappointing that the @SECGov chose to file an action today as @Gemini and other creditors are working hard together to recover funds. This action does nothing to further our efforts and help Earn users get their assets back. Their behavior is totally counterproductive.

Crypto Twitter attacked SEC chair Gary Gensler as alternately out-of-touch, or actively acting on behalf the two firms’ competitors. The SEC was attacked for acting “after the fact.” Even relatively impartial commentators were fierce with their criticism. FORTUNE’s Jeff John Roberts wrote in his Friday newsletter:

The worst part of Gensler’s latest stunt, though, is that will hurt the more than 300,000 Earn investors whose funds are now frozen. In the last few weeks, Gemini and Genesis’s parent company have been in a bitter spat over how to make these customers whole as Genesis tries to find new financing. Now, the SEC’s legal complaint is likely to make that process impossible—and reduce whatever amount Earn customers had hoped to recover.

These arguments reek of disingenuity; consider “after the fact.” Even the largest financial regulators like the SEC (which isn’t very large compared to, say, the FBI) aren’t like police called in to settle a domestic dispute in hopes of heading off violence or other illegal activity before it occurs. They don’t have that authority, and if they did behave that way, the howls from the industry would be even louder. It’s a good thing that the overwhelming majority of financial regulatory action takes place “after the fact.”

But more important, the SEC action over Gemini and Genesis could come as a shock only to people who weren’t paying attention. Part of Tyler Winklevoss’s Tweet storm, for example, argued that the “Earn program was regulated by the [New York Department of Financial Services].” The implication here is that because the NYDFS—probably one of the toughest historic state crypto regulators—had some regulatory oversight over Earn, that Gemini and Genesis would somehow be immune from federal scrutiny or fines. This would come as a surprise to other companies that have received BitLicenses from New York State, such as Ripple and Robinhood, that have been federal regulatory targets for years despite being regulated by New York State. As recently as this month, New York State issued $100 million in fines and future compliance spending against Coinbase, despite the fact that Coinbase is registered with the state.

The truth is, on top of explicit public statements made by Gensler and his predecessors for years, the SEC has made it staggeringly clear what it thinks about high-interest crypto loan products. It’s been nearly a year since the SEC issued its record-setting case again BlockFi. The BlockFi case marked the first time that the SEC went after a crypto exchange, and the largest fine to date—$100 million—against a crypto firm. The product that got BlockFi in hot , BlockFi Interest Accounts, was very similar to Earn. How could any responsible company providing a loan or interest based on crypto assets look at that case in early 2022 and say Should we register our product as a security? Nah, let’s wing it.

The bigger question now—too scary for many crypto executives and investors even to ask—is: Are there any major crypto activities and companies out there that couldn’t fall afoul of regulators? Maybe, given the pass that Gensler and others have issued to Bitcoin, an enterprise involved solely in mining and selling Bitcoin (but not offering loans or other derivatives around it) might be safe. But it’s long since been obvious that US regulators regard most cryptocurrencies as unregistered securities, and so if your company touches them in any way, you are potentially subject to penalties.

Keep in mind, it’s not just the SEC that’s cracking down. This week, the Commodity Futures Trading Commission filed a complaint against an individual accused of manipulating a decentralized platform called Mango Markets. And even outside the US, a crypto crackdown is underway. This week, prosecutors invaded the office of Bulgarian crypto lender Nexo, and charged four people with money laundering and tax fraud.

Not that long ago, a plausible line could be drawn between legitimate crypto exchanges like Gemini and the world of illicit crypto, estimated to have amounted to $20 billion in 2022 (not including fraudulent accounting). But as the FTX meltdown has shown, even some of the most established crypto firms now stand accused of fraud. And so long as crypto lenders and exchanges continue to thumb their noses at regulators, the line is going to be harder to see. 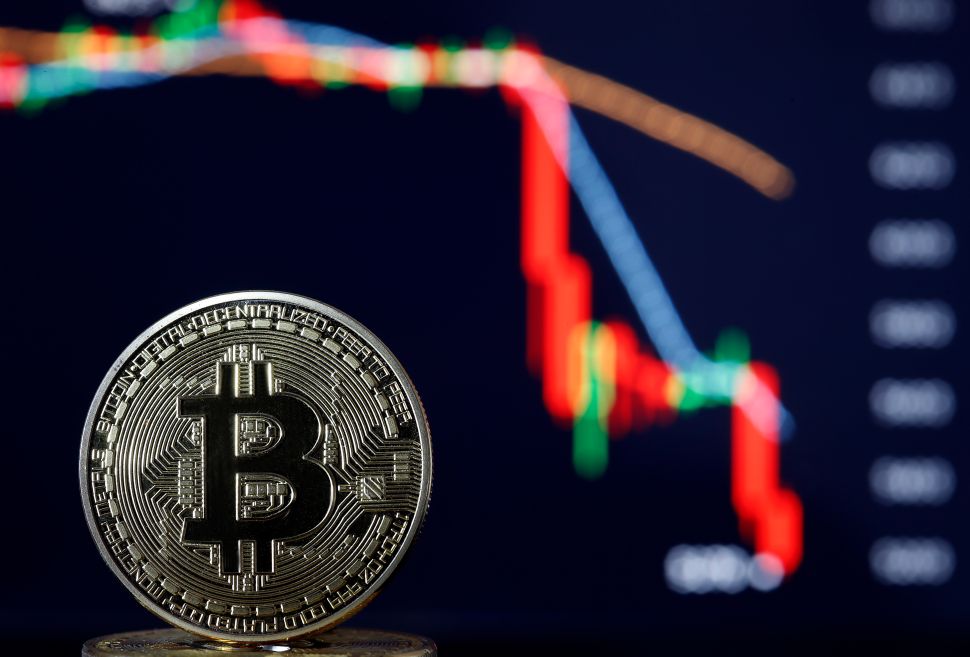