The Consumer Electronics Show (CES) 2023 officially kicks off today (Jan. 5) in Las Vegas and will run through Jan. 8 with more than 2,000 companies from the world showing off their latest inventions and ideas.

This year’s CES marks the real return of the world’s largest annual tech trade show after two years of largely virtual exhibitions due to the pandemic. The Consumer Technology Association, which hosts CES each year, anticipates about 100,000 in-person attendees at the four-day event, double the size of last year’s event.

While CES has traditionally been a gadget show, in recent years it has evolved to also feature cutting-edge industrial technologies such as self-driving automobiles, artificial intelligence, blockchain and metaverse devices.

Here are a few notable themes to watch at this year’s CES:

Automobiles and transportation technology overall are increasingly an important theme at CES. Booths at CES’s “vehicle tech” pavilion are among the top-selling spaces, said Kinsey Fabrizio, CTA’s head of membership and CES sales, ahead of the show.

This year’s mobility tech exhibitors include automakers of all kinds, from General Motors and Stellantis to John Deere and Caterpillar and little-known European startups, as well as software giants like Microsoft and Amazon.

Products on display include electric cars powered by batteries, hydrogen fuel cells and solar energy; electric boats; self-driving tractors and more. There will also be a competition for self-driving race cars—to show off the limits of today’s most advanced autonomous driving technology.

Startups from France have been the largest foreign presence at CES in recent years, in part thanks to the coordination of La French Tech, a French government-funded organization tasked to promote homegrown startups in international markets, said John Kelley, the acting show director of CES at CTA. This year is no different. About 140 French exhibitors will demonstrate their new products spanning a wide range of categories at a dedicated pavilion.

Another country with a strong presence at CES is the Netherlands, whose government operates a similar startup-incubating program called Techleap.nl. The Netherlands has sent Prince Constantijn van Oranje, the younger brother of the reigning Dutch King Willem-Alexander, as a special envoy to the CES along with about 70 Dutch exhibitors.

There will also be about a dozen startups from Ukraine at this year’s CES despite the country’s ongoing war with Russia. They will demonstrate products in digital health, robotics, smart home and other categories.

Chinese companies were a huge part of CES before the pandemic, especially in television, wearable and smart-home categories. Many of them were unable to attend in the past two years due to Covid travel restrictions.

Although this year’s attendance won’t be back to pre-Covid levels, about 500 Chinese companies have registered, much higher than last year, said Kelley.

Home appliance brands TCL, Hisense and Konka are among those on the CES exhibitors list, and many brands will be presenting through their U.S. subsidiaries, Kelley said.

Keynotes from CEOs and Arnold Schwarzenegger

Outside the show floor, CES is also an annual event for business leaders to exchange thoughts on timely topics concerning their companies, industries and the broader economy.

The keynote sessions kicked off on the evening of Jan. 4 with AMD’s Su and BMW’s Zipse. Su introduced AMD’s latest portfolio of semiconductors, including the Alveo V70 accelerator, an artificial intelligence chip that powers functions like object recognition.

BMW CEO Zipse touted an electric concept car called Dee (short for “Digital Emotional Experience,”) and then invited Terminator star Arnold Schwarzenegger on to the stage. “Let’s terminate pollution once and for all,” the actor and former California governor said in support of BMW’s goal to transition to a clean energy auto brand. 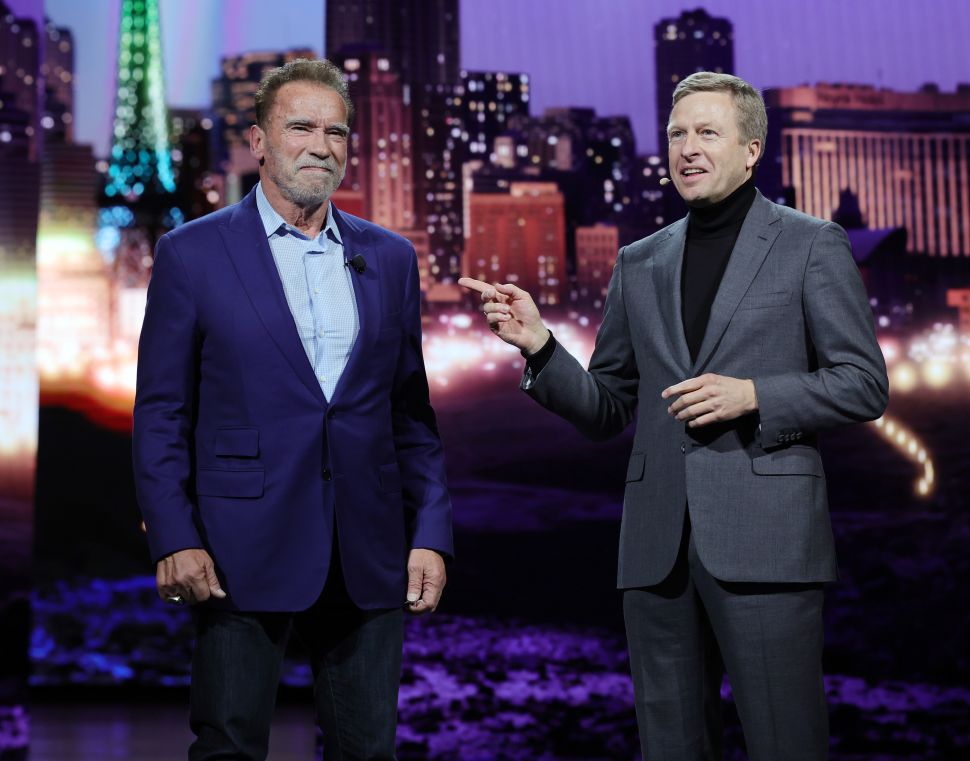