A trial over Tesla CEO Elon Musk’s 2018 tweets about taking the electric carmaker private starts today (Jan. 18) in a federal court in San Francisco, where a group of nine jurors will hear opening arguments from both sides.

In August 2018, Musk tweeted he was considering taking Tesla private for $420 a share and claimed he had funding secured. Tesla shares were traded at $342 apiece, and the tweet sent the share price seesawing in the days to follow. But the plan failed to materialize, and Tesla remains a public company until this day.

The class action suit was brought by investors who allege Musk intentionally inflated Tesla’s stock price with the 2018 tweet and seek billions of dollars in damages.

It’s not confirmed whether Musk will testify in court. His legal team has defended him by saying the tweet was not a reckless act.

The trial was initially scheduled to start on Jan. 17, but jury selection took longer than expected. During the selection process, prospective jurors variously described Musk as “arrogant,” “narcissistic,” “unpredictable,” “a little off his rocker” and “a genius,” according to the Associated Press.

The trial is expected to last about 10 days.

In October 2018, Musk and Tesla settled a separate suit over the tweet with the Securities and Exchange Commission (SEC). Tesla paid a fine to the SEC and Musk agreed to step down as the company’s chairman and have his Tesla-related tweets supervised. 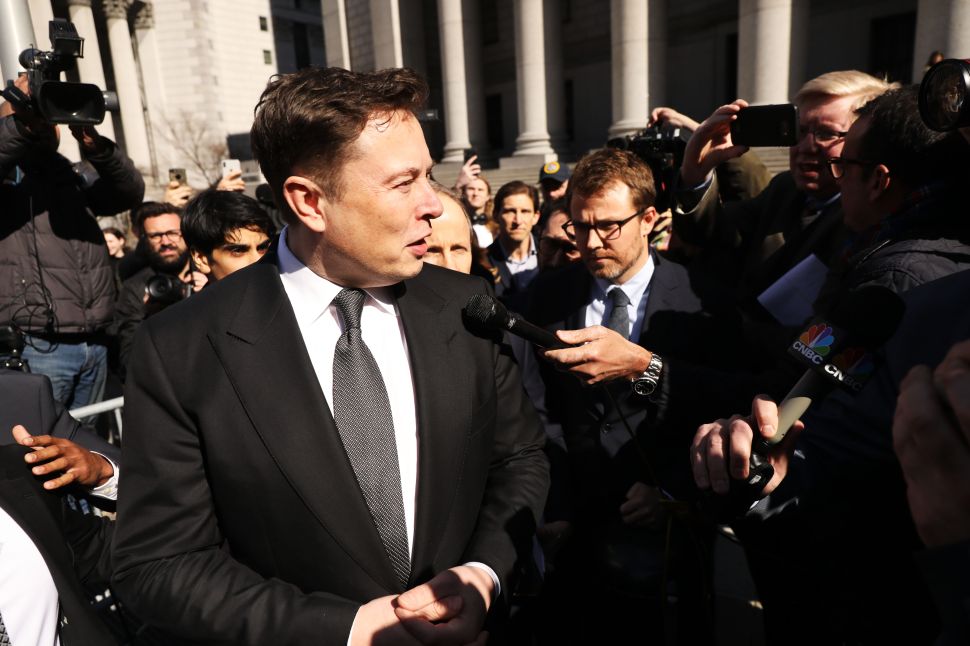