M&M’s is done with the drama. The candy brand will pause promotions with its animated, rainbow-colored M&M’s mascots for the foreseeable future, it announced on Twitter today (Jan. 23).

Polarizing customers over the mascots’ designs was was the “last thing M&M’s wanted since we’re all about bringing people together,” M&M’s said in the statement. Maya Rudolph, a comedian and actress, will become the brand’s new spokesperson, it said.

M&M’s has been at the center of the culture war at various times this past year. Its marketing campaigns meant to celebrate inclusivity were labeled woke propaganda by conservatives like Tucker Carlson, a Fox News political commentator, but they gained massive exposure on social media. Now, M&M’s is shelving the mascots. Here’s how it all happened.

M&M’s first introduced its mascots on television in 1954. It added the green character, its first female M&M, in 1997, and the company didn’t change the green candy’s design for 25 years. But in January 2022, it revised the looks of its M&M’s characters to create a more “inclusive” cast, it said in a statement. Most notably, it traded the green M&M’s heeled go-go boots for sneakers, which led to major blowback online.

By taking away the green M&M’s “hoochie heels,” the company was slut-shaming the mascot, EJ Dickson, Rolling Stone reporter, wrote in an op-ed. “The green M&M is a feminist, and she’s a dirty slut,” Dickson wrote, only somewhat tongue-in-cheek. “We are real, and we exist, and we refuse to tolerate this disgusting attempt at erasure.”

Carlson amplified the issue by bringing it up on his show, Tucker Carlson Tonight, which averaged 3.41 million viewers that month. “M&M’s will not be satisfied until every last cartoon character is deeply unappealing and totally androgynous,” he said.

Earlier this month, M&M’s announced plans to release packaging that featured its three female characters, including its newest purple mascot. Carlson again took issue with the marketing move. Others saw it as a clear attempt to capitalize on the culture war because it was likely to draw a response from conservatives.

“There is no louder, cheaper megaphone than a right-wing culture warrior yelling about ‘wokeness,'” Dani Di Placido, Forbes contributor, wrote in an article.

This could be a pre-Super Bowl marketing move

Many Twitter users are speculating the announcement is part of a marketing strategy leading up to the M&M’s Super Bowl commercial. As one of the biggest marketing events of the year, advertisers go above and beyond to connect with viewers. For example, Planters killed its Mr. Peanut mascot and resurrected it as Baby Nut during the 2020 Super Bowl. If M&M’s is planning a similar move, it could reintroduce a new version of the characters at the Super Bowl on Feb. 12.

Others responded by saying M&M’s has surrendered a fight to conservatives it should never have been part of. “Congratulations on finding the weakest possible response to the dumbest manufactured outrage campaign,” tweeted Rob Sheridan, a writer and artist. “What you’re announcing here is that your real spokesperson is Tucker Carlson.” 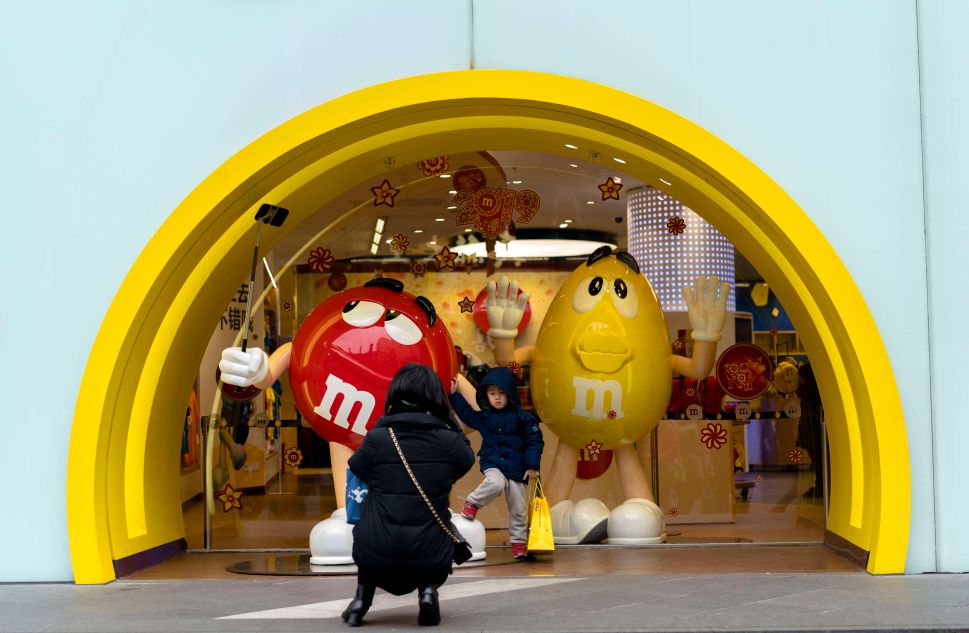