Back in September 2021, JPMorgan purchased Frank, a college financial planning startup, for $175 million.

The primary reason for the acquisition was JPMorgan’s desire to access college students, and in turn “generate hundreds of millions of dollars in revenue by selling checking accounts, savings accounts, and credit cards to Frank’s existing and future customer base,” according to a lawsuit filed by the bank against Frank’s founder, Charlie Javice.

JPMorgan now claims that Javice made up the majority of her supposed 4.25 million college student users, a demographic with which the bank was attempting to increase engagement. The fraud was supposedly discovered after JPMorgan emailed offers to students to open a Chase checking or savings account, when more than 70 percent of the messages failed to deliver.

Student lists, which contain contact information and demographic details about prospective and current students, are a valuable asset for businesses, and buying and selling them is a prominent practice not just within higher education, but for any company attempting to target potential college-aged consumers.

“A single data point on its own might not have much value, but where data starts to become more valuable is when you have aggregated data,” said Tom Norton, executive director of Fordham University’s Center on Law and Information Policy. “It allows you to make predictions and offer ads or services from that database view you have, see what they’re interested in and could eventually spend money on.”

Agencies like the College Board, a nonprofit which administers the standardized SAT test, collect student data through surveys included on exams. Lists containing the information of millions of students are sold to universities for recruiting and soliciting and shared with companies for advertising purposes.

Educational organizations and data brokers are the primary players

A 2019 lawsuit brought against the College Board by the parent of a Chicago high school student alleged the nonprofit obtained this information deceptively by neglecting to inform students their details would be sold, and claimed each student name is sold to third-party organizations for around 45 cents each. The case is still ongoing. Meanwhile, Naviance, a college prep software service used by high schools, has also been accused of selling student information to universities, who then use the program for advertising and recruiting.

The College Board and Naviance did not respond to requests for comment.

However, a number of other players in the student list industry have murkier methods of obtaining this data, according to Norton, who previously co-authored a Fordham report on student data brokers which identified at least 14 data brokers offering the sale of student information.

One of these brokers was ASL Marketing, which JPMorgan alleged Javice used in order to purchase 4.5 million student names for more than $100,000 in order to inflate Frank’s list of users. ASL Marketing’s website claims it is “the nation’s leading provider of student data” and “focused on the highly desirable 15-34 year old market,” offering postal, digital and email-related information. The company recommends its lists be used to market various services, such as apparel and electronics, according to Norton’s report.

Although these companies are believed to obtain student information through school-administered surveys and publicly available sources, their data collection sources remain largely a mystery, said Norton. “It’s difficult to identify the sources of this data, who holds it, and who the players even are in the market for this data,” he said. “It’s not a very transparent marketplace; it’s in fact a very opaque marketplace.”

ASL Marketing did not respond to inquiries on how it obtains its data.

And as more and more universities become test-optional and bypass admissions exams like the SAT, for-profit data brokers are expected to gain more of the market share from organizations like the College Board, according to a September report from the Institute for College Access & Success, an organization advocating for more affordable education.

The report claims the consolidation of the industry by these companies could increase inequalities in university admission by only offering data to schools willing to pay expensive fees, and called for the Federal Trade Commission (FCC) to investigate companies selling student lists for profit. 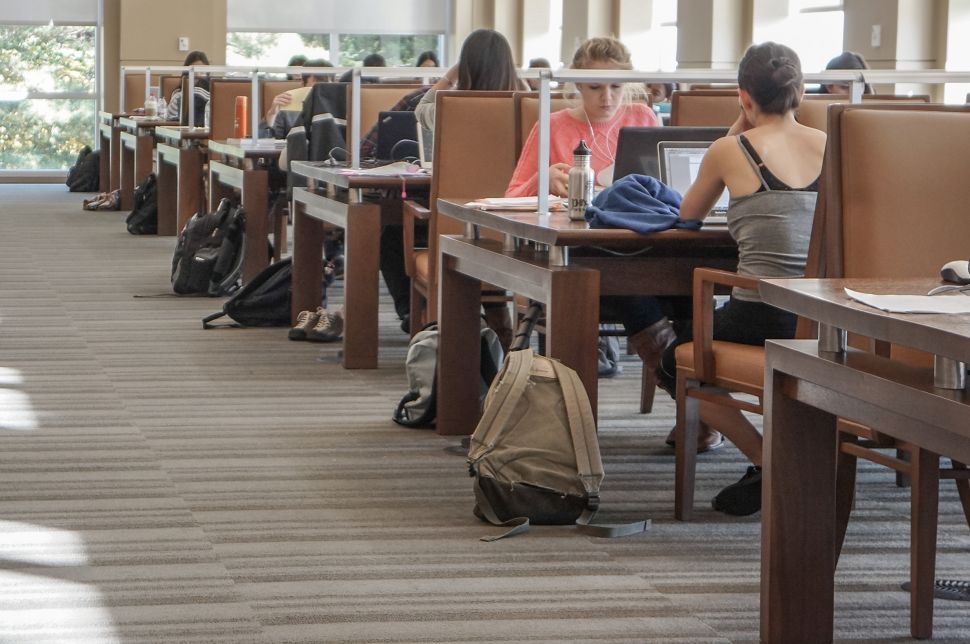