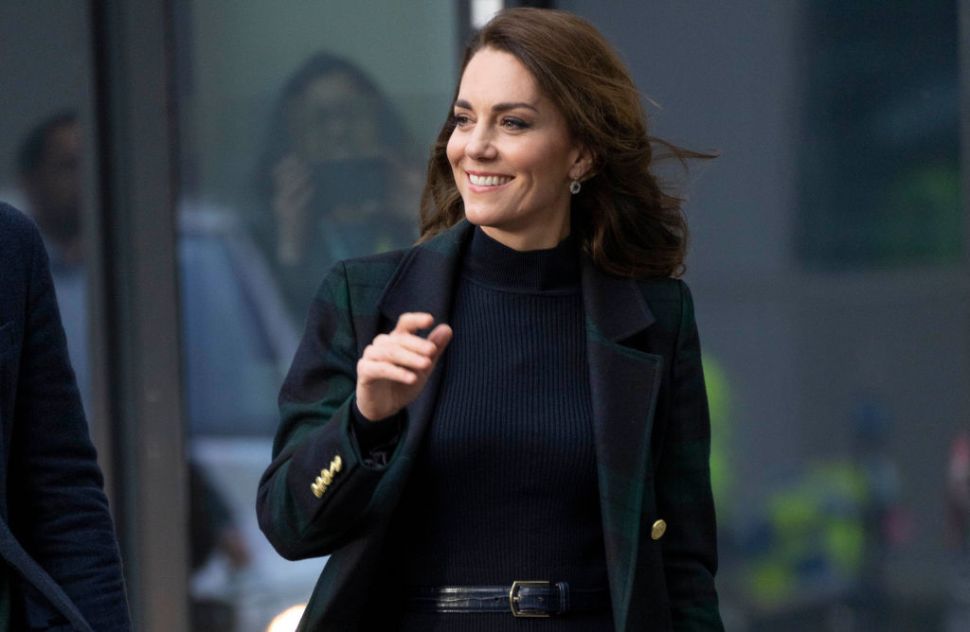 It’s been a rather turbulent week for the British royal family following the release of Prince Harry’s highly anticipated memoir, Spare. The Duke of Sussex did not hold back in the tell-all book, with plenty of bombshell moments shared throughout the tome, including quite a few tidbits about the Prince and Princess of Wales that didn’t portray the pair in the best light. The royals haven’t publicly commented on the book, though, and today, Prince William and Kate Middleton were back to business as usual for an engagement in Merseyside, where they met with individuals working in the healthcare and mental health support services.

For the occasion, which also happens to be Prince William and Princess Kate’s first public engagement of 2023, the Princess of Wales opted for pieces already in her closet. Princess Kate wore a few of her favorite tried-and-true items, including a blue-and-green tartan Holland Cooper double-breasted wool coat that she was first seen in back in November 2021, and more recently sported when planting a tree in Queen Elizabeth’s memory at Westminster Abbey this past December.

Kate paired the the jacket with a chic navy knit midi-length sweater dress by Cefinn, which has a high neckline and flouncy blouson sleeves, and added a black croc-embossed belt at the waist. The Princess of Wales accessorized with a forest green Mulberry top-handle purse and navy suede pointed-toe heels.

It’s been a big royal news week, but it seems Prince William and Kate aren’t planning on replying to any of the claims in the Duke of Sussex’s book, at least not yet. As the Prince and Princess of Wales arrived at the Royal Liverpool University Hospital today, a reporter yelled after Prince William, “Are you hurt by the comments in Harry’s book, sir?” Neither Prince William nor Kate acknowledged the question.

Just in case it wasn’t clear that the Prince and Princess of Wales are putting on a united front, the duo also happened to be in coordinating attire, with Prince William dressed in a green sweater over a blue button-down shirt, along with a navy blazer and trousers. It’s the best of couple coordinating style!

Below, see all the best photos of Prince William and Kate Middleton’s visit to Merseyside, including all the top snaps of the Princess of Wales’ stylish ensemble.