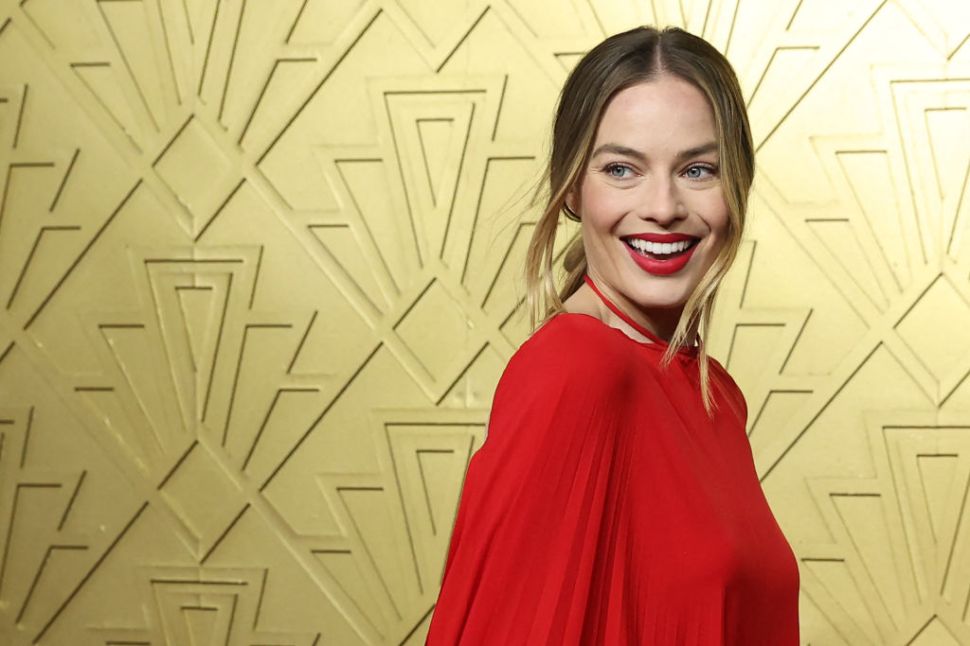 It’s been quite the fashionable week for Margot Robbie, who attended the Golden Globes on Tuesday evening in a pale pink, custom-made Chanel gown. The Academy Award-nominated actress is an ambassador for the French design house, and the romantic, Barbie-worthy dress took 750 hours to create. As pretty and sweet as the Chanel look was, Robbie’s been wearing more daring options while on the Babylon press tour, and kept up that energy mere days later, when she went in an entirely different style direction while attending the U.K. premiere of Babylon in London and donned a bright red, attention-grabbing Valentino frock.

While the Chanel dress had a chevron print and fitted silhouette through the knee, this Valentino gown was all about the bold shade and voluminous form. From the front, the high-necked, floor-length dress had something of a loose smock aesthetic, with a peek at thin, dainty halter straps. When the Australian actress turned to the side, though, she gave a glimpse at the dramatic, open-back of the dress. The real highlight is surely the reverse cape-like effect of the draped sleeves, visible from the back and side view of the ensemble. It’s giving Old Hollywood vibes, in the best way possible. 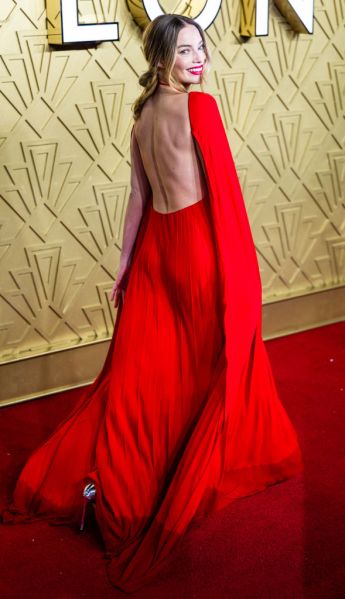 It doesn’t appear Robbie accessorized with a purse, but perhaps there were some hidden pockets or a carefully placed clutch somewhere in the folds of the billowing red Valentino gown. The actress wore her hair in beachy waves, held up in a low ponytail (all the better to show off the most exciting feature of the dress), and wore bright red lipstick that seems to be almost the precise shade of the frock.

Capes have been having a real moment on the red carpet (and in street style looks) as of late, but perhaps Robbie’s latest Valentino ensemble will usher in the era of the reverse cape. Below, see all the best photos of Margot Robbie at the Babylon London premiere.