More than just a practical space for a pre-show tinkle, Off-Broadway’s restrooms echo the character of their theater. Spacious or teensy, moneyed or scrappy, downtown and outer borough bathrooms offer a range of experiences. You might have the room to luxuriate in your own stall or you may feel rushed to keep the line moving—especially if you spot one of the show’s actors waiting in it. So Observer has penned a love letter to these unsung spaces, ranking our favorite Off-Broadway bathrooms, which, despite the hierarchy, are winners one and all. 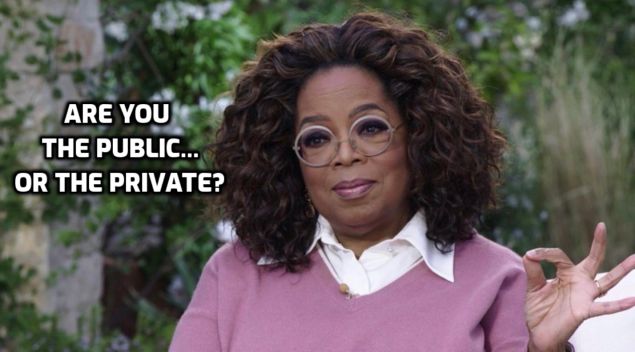 If you’re nervous before meeting a date at That Cool New Downtown Bar, a trip to the Public’s bathrooms gives you just enough time to flush your anxieties away and arrive fashionably late. Public theater, public bathrooms. Or are they? When you enter the Public around showtime, you’re met with a wall of ticket takers, ushers, and security guards. Don’t lose faith: glory lies beyond. Strut in with confidence to enjoy one of New York’s larger and cleanest restrooms, tucked toward the back of the lobby. No one should give you a hard time, but if they do, pull an Oprah.

You’ll have a breezier time meandering into Signature on 42nd Street—the entire lobby is devoted to its cafe, bookshop, and meet-your-artist-friend-to-discuss-notes-over-a-coffee couches. And where there’s coffee, there’s bathrooms. As New York real estate goes, these things are not just roomy but colossal. How big? Let’s just say if Hari from HBO’s Industry pilot had power napped in these caverns, things might have ended differently.

What do we want? Options! When do we want them? Now! We love a choose-your-own adventure, and that’s exactly what Playwrights offers. If you’re seeing a show on one floor, traverse to another for more privacy. “Skip the gyms, take the stairs,” long-time company manager Caroline Aquino would say. She’s right: you can go all the way from the Mainstage Theater bathroom on the lower level up to the Peter Jay Sharp’s restrooms on level 3M, and then, if your lungs haven’t given out, ascend a bonus two flights to the fifth floor. If joy cometh in the morning, comfort cometh at the top: that uppermost floor, reserved for auditions and readings, has two single-stall bathrooms. We’re not saying you should move in, but we’re not not saying you could fit a queen-size bed inside.

The bathroom above the lobby has gender-neutral welcome, a snazzy pre-show playlist, and a snake plant. No notes.

Last fall, before delivering a mesmerizing performance for 90 minutes straight in Four Saints in Three Acts, downtown legend David Greenspan queued in line to use the Target Margin bathroom’s single stall. (Gods, too, relieve themselves.) If it’s good enough for Greenspan, it’s good enough for you, and as a rule of thumb, you can trust a theater if its stars and patrons share a bathroom. Just know there might be a reason stars and patrons share a bathroom. Instructions on how to use a toilet are humbling! Reminders to turn lights off are eco-friendly! Bathrooms and art can both be scrappy!

Here’s another great entry in phylum Actor And Audience Share Toilet. Lots of theater grew out of religious service, and The Brick’s bathroom sink serves as reminder—you could baptize a baby in that thing. Or, with a little ingenuity, an adult: “I lived in The Brick for over three weeks,” Artistic Director Theresa Buchheister says. “The sink became my shower.” This reflects The Brick’s ethos: make more out of less. And, oh, that bucket hanging over the toilet? A humbling reminder of all that experimental venues endure. “No matter how many times I beg the landlord to unclog this pipe that causes a leak there, it’ll just be what it is,” Buchheister says.

Rattlestick ranks high because what do we love? 1) A gag 2) Commitment. The gag: depending on the pandemic’s mood, you may not even be allowed to use Rattlestick’s toilets. Last year, Ni Mi Madre emails stressed, “Bathrooms are not available to the public to abide by Actors’ Equity guidelines regarding the distance between artists and audience.” An invitation to scam! Scurry on over to the ultra-bougie Sogno Toscano Market & Wine Bar (above, left), pretend you’re contemplating which cured meat to buy, and duck into the bathroom for pre-show relief. Then, the commitment: between Lewiston/Clarkston acts, Rattlestick served up a mini-Thanksgiving meal. Bold move. We’re not sure how the feeble plumbing held up, but we love that Rattlestick commits to the bit.

“In the earliest Clubbed Thumb days, we worked off our rent at HERE by laying the grout and tiles for the bathroom floors,” Clubbed Thumb Producing Artistic Director Maria Striar says. The company’s come a long way since: they now host their annual Summerworks at The Wild Project where the bathrooms are as free-wheeling as the plays. “They have lots of condoms,” says Michael Bulger, Clubbed Thumb’s Associate Artistic Director. What’s more, there are funky green chairs (cozy enough that “I remember running lines with someone in them,” Bulger says) and, as a real get, sky-high ceilings. Talk about ventilation!

If your lavatory has made it to Pinterest, it must be doing something right. Marvel Architects designed St. Ann’s pristine, swanky bathrooms with a lighting program created by David Weeks Studio. The capacious restroom mixes a blend of materials: exposed brick, white tile, and wood panels, all handsomely lit by 50 custom boi shades. So elevated is this bathroom that the word oasis may be more fitting.

We could have given the number one slot to a theater with oodles of money, but that wouldn’t be very fun—and The Kraine Theater more than earns its gold medal. First, hard truths: the bathrooms are neither PC nor easy to get to. Restrooms are segmented by gender, and if you sprained your ankle three months ago, you might not make it up the steep stairs to the toilets, which are as accessible as, well, a New York walk-up. But the bathrooms, shared with Soviet-themed watering hole KGB Bar located above the theater, have all the grit and glamor of a pre-gentrified East Village. There’s room for three patrons tops, graffiti on the stall doors, and scum in the corner tiles. It’s fantastic. Somehow, money was not spared on two fronts: first, Category 5 hurricanes come from the mighty hand dryer (which may be an XLERATOR but impossible to say with the brand name scuffed up, illegible as hieroglyphics), and second, the majestic floor-to-ceiling mirror strategically placed outside the restroom lets you take your vanity to the hallway. No need to dawdle in the restroom; bathrooms are places of efficiency! If you want to wait in long lines to pee, may we suggest any Broadway show with an intermission.

The Bushwick Starr gets the most honorable of mentions—we all miss the theater’s Starr Street location and its trio of bathrooms with frosted glass panes, chic mirrors, and bright red walls that vibed somewhere between Rothko and sex addict’s bedroom. The Bushwick Starr is moving to a new home, but old memories remain. “My favorite bit of bathroom graffiti from the early days was when we had that magazine rack over the toilet,” Artistic Director Noel Allain says. ” There were these old catalogs that had been there forever. One night someone wrote on the wall, ‘Interesting people expect more than J-Crew and Rolling F-ing Stone.’ I took that to heart.” 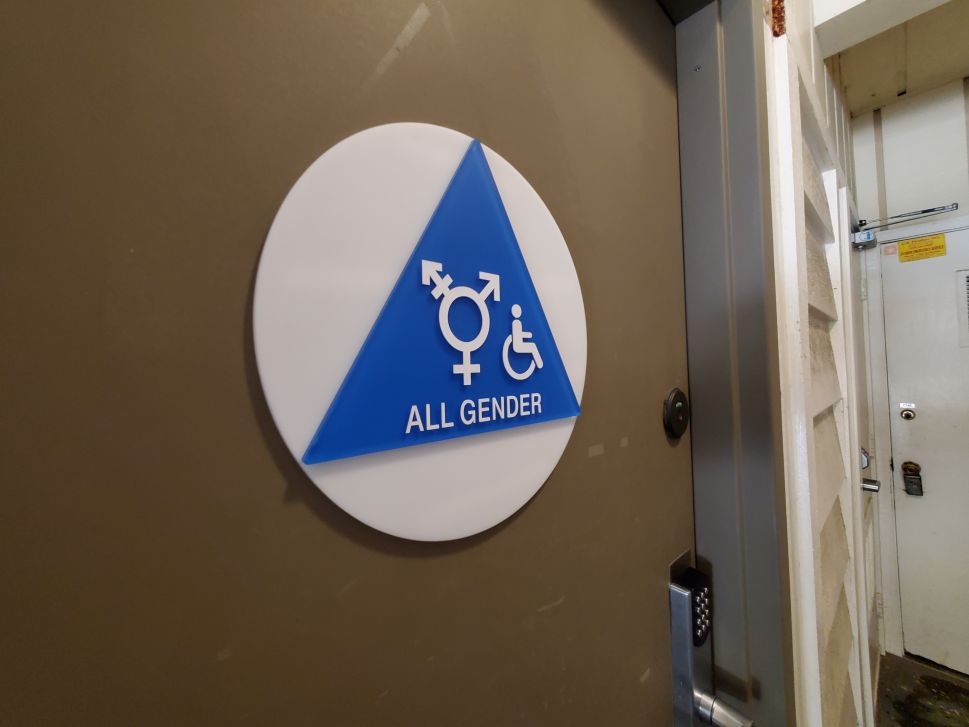