In the 1970s, Robert Fletcher, a correctional officer in Canada, purchased a painting of a desert landscape from an inmate for $100. Years later, Fletcher came to believe the inmate in question was Scottish painter Peter Doig, whose work routinely sells for millions.

After more than a decade of litigation over the painting’s attribution, Doig, who has long denied creating the painting, has been awarded $2.5 million in Illinois federal court, as first reported by the New York Times.

Fletcher was a student at Lakehead University in Thunder Bay, Ontario between 1975 and 1978, while simultaneously working at the Thunder Bay Correctional Center, according to court records. During this time, he claimed to observe a prisoner, who he says he believed was Doig, create the painting over a period of months. After the inmate’s release, Fletcher allegedly bought the artwork and helped him get a job through the Seafarers Union.

In 2011, a friend staying with Fletcher pointed out similarities between the painting, which contained the signature “Pete Doige,” and Doig’s work. Looking to sell the piece, Fletcher agreed to split the proceeds of a sale with Bartlow Gallery, a Chicago art gallery run by Peter Bartlow.

Bartlow reached out to Doig and associates of the painter in order to confirm the work’s attribution, which Doig denied. Throughout these messages, Bartlow allegedly suggested Doig was unable to account for his activities around the time of the painting’s creation. He later reached out to Doig’s father, stating that Doig “could have put an end to this a year ago [b]y providing some proof,” and that “we will not stop until he comes forward one way or the other,” according to court records.

By April 2013, Fletcher and Bartlow filed a lawsuit against Doig seeking the artist’s attribution and claiming his denial had caused them economic damages. According to a report from Victor Wiener, an art appraiser, the painting would be valued at $6 million to $8 million if authenticity was proven. Other works by Doig have sold for similar prices — in November 2021, Doig broke his auction artist record when a painting sold for $39 million at a Christie’s sale.

Fletcher and Bartlow claimed the Scottish painter was a student at Lakehead University at the same time as Fletcher and was later housed at the Thunder Bay Correctional Facility for possession of LSD. “Despite extensive research, no evidence has been found of any other person with a first name of Pete or Peter and a family name of Doig or Doige in Canada in the late 1970s,” read the complaint. William Zieske, an attorney representing Fletcher and Bartlow, did not respond to requests for comment.

However, in addition to providing information showing Doig wasn’t in Thunder Bay during this time period, Doig’s attorneys obtained a declaration from Marilyn Doige Bovard, the sister of Peter Doige. She revealed her brother had been incarcerated at the Thunder Bay facility and created several artworks during his time there. Ernest Adam, an art teacher at the facility, also stated that Doige, who died in 2012, was a former student and had created the painting. In Aug. 2016, the court ruled that Doige, not Doig, had created the painting in question.

After the verdict, Doig requested sanctions be brought against Fletcher, Bartlow and Zieske for filing frivolous claims. On Dec. 30, Judge Gary Feinerman ruled for sanctions regarding litigation that occured after May 2014, when Doige’s mother refused to cooperate with Zieske and his sister became a witness for Doig, ordering the plaintiffs to pay Doig $2.5 million.

“To continue the litigation past that point was objectively unreasonable, as the complaint’s central allegations had completely unraveled under the weight of contrary evidence,” read the decision.

Doig plans to donate his share of the sanctions money to support inmates wishing to pursue art in prison, said Matthew Dontzin, an attorney representing Doig, in an emailed statement. “What a waste of time, money and the court’s resources but justice has finally been done.”

Update: This story has been updated to include comments from Doig’s attorney. 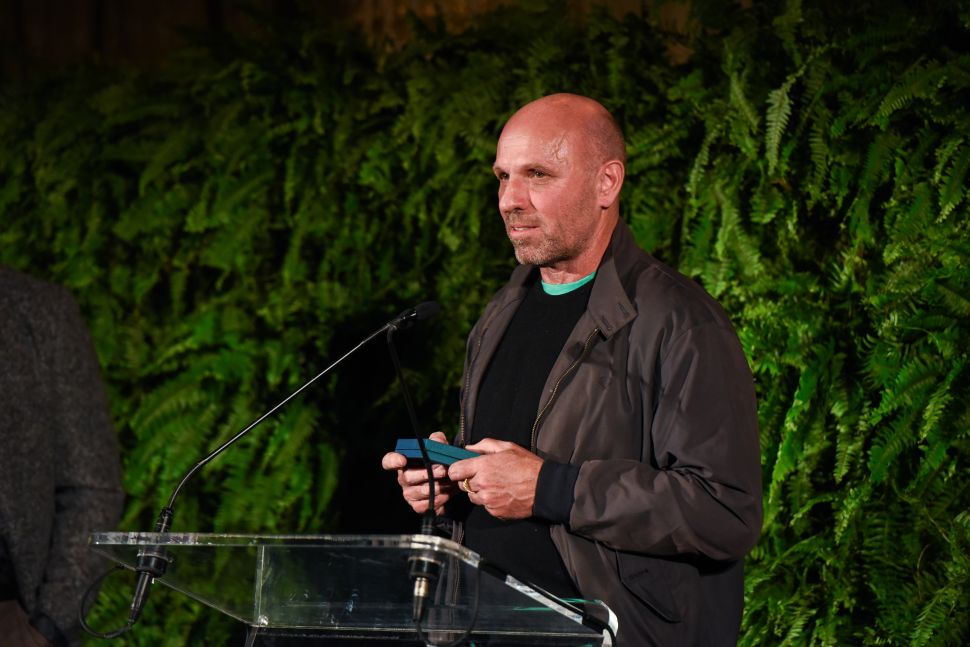