A Greek construction worker was given a six-year suspended sentence for his role in one of the country’s largest-ever art heists.

George Sarmantzopoulus, who stole three works by Pablo Picasso, Piet Mondrian and Guglielmo Caccia in 2012 from the National Gallery in Athens, was found guilty of art theft on Jan. 20, as reported by Greek newspaper Kathimerini. Sarmantzopoulus, who successfully hid the artwork for nine years, had his sentence suspended pending appeal because of good behavior.

Picasso’s Head of a Woman and Mondrian’s Stammer Windmill were found in 2021 by Greek authorities in a ditch. Sarmantzopoulus confessed to dumping the works after storing them in a warehouse, and claimed the Caccia painting had since been destroyed.

A self-identified art lover, Sarmantzopoulus visited the Athens museum regularly before embarking on his heist, after becoming obsessed with the works in question. “These thoughts tormented me for two years and led me to make the biggest mistake of my life,” he told authorities.

After staking out the museum and observing the movements of guards, Sarmantzopoulus reportedly broke into the gallery at night and crawled to the paintings, cutting them from their framed with a pocketknife. He allegedly cut his hand in the process and wiped the blood away on the Caccia work, which he later flushed down the toilet.

An attorney for Sarmantzopoulus did not respond to requests for comment. 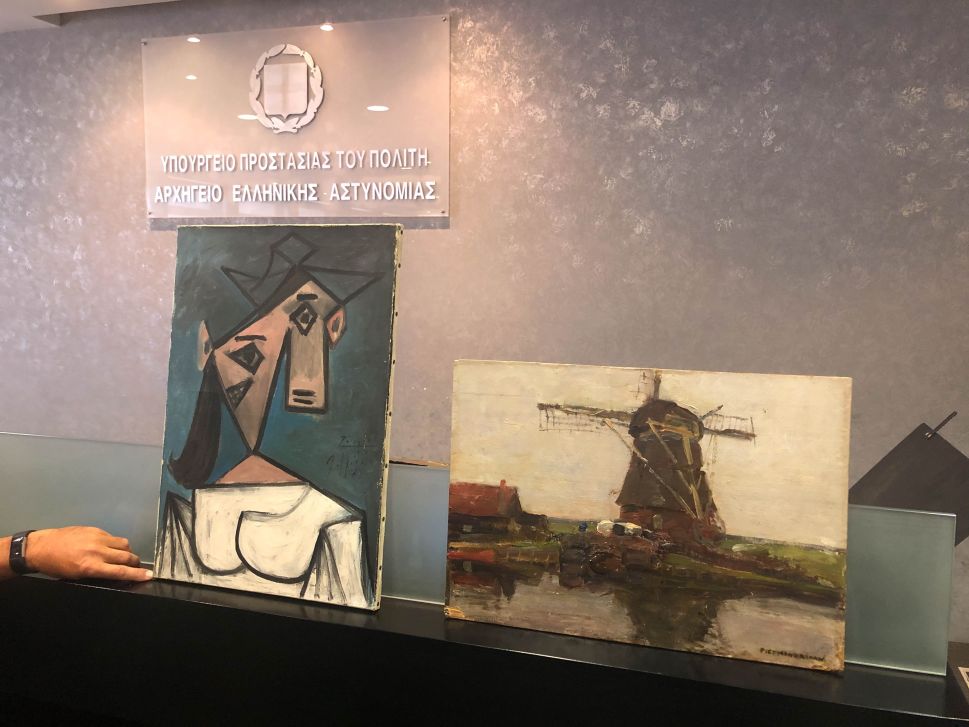