With his smash hit mystery Knives Out and its recent sequel Glass Onion, filmmaker Rian Johnson gifted 21st century America with its very own analog to Agatha Christie’s gentleman detective Hercule Poirot. Not that whodunnits or formula mystery fiction had gone anywhere — CBS has any number of government acronyms on the case — they’d just stopped being any fun. Now, Johnson has teamed up with star/producer Natasha Lyonne to give that same modern polish to another beloved detective series, Columbo. From its “howcatchem” story structure, to its playful tone, right down to the goldenrod typeface of its opening credits, the new Peacock series Poker Face is a delightful revival of the episodic, star-studded movie-of-the-week mystery, complete with a quirky and lovable sleuth of its very own.

Natasha Lyonne (Russian Doll) stars as Charlie Cale, an affable burnout with the uncanny and infallible ability to tell when a person is lying. When this skill earns her some dangerous enemies, Charlie goes off the grid and on the run, bouncing from town to town and from job to job. (“Like Cain from Kung Fu,” as Sam Jackson says in Pulp Fiction, which is conveniently playing in Charlie’s trailer in the opening episode.) Inevitably, everywhere she goes, somebody gets murdered, and it’s up to Charlie to sniff out the truth. It’s an ideal setup for self-contained mystery plots, since you can place Charlie in basically any scenario with a bare minimum of explanation. In the opening episode, set at a Nevada casino, she’s a cocktail waitress’ in a later installment, she’s working at a nursing facility; and so on. Aside from Lyonne (and occasional appearances from recurring antagonist Benjamin Bratt), every case has its own unique cast, showcasing the talents of character actors like Adrian Brody, Hong Chau, Chloë Sevigny, and Tim Meadows, all of whom are here to have a good time.

Bringing some cohesion to the series is a rigid inverted mystery story format. Like Columbo, Poker Face shows you the crime first, in its entirety, rather than challenging the audience to solve it along with the detective. The fun comes from watching Charlie interact with the suspects, stumble across clues, and try to make sense of what her internal lie detector is telling her. People lie all the time, as Charlie herself will tell you, and sensing a lie isn’t the same as knowing the truth. Since her superpower isn’t a secret, the narrative tension of Charlie’s informal interrogations comes from watching perpetrators struggle to answer her questions without setting off any alarms. Lyonne, Johnson, and company clearly understand what’s fun about formula fiction: Creating a reliable set of rules and then applying them to new settings, where new characters can try and fail to beat the champ. The longer the show runs, the more familiar the audience becomes with the formula, and the more rewarding it becomes to subvert their expectations. Even by the middle of its first season (I have seen six of its ten episodes), Poker Face throws the occasional narrative curveball.

Poker Face’s familiarity works mostly in its favor. Charlie Cale is, like Russian Doll’s Nadia Volvokov, basically just Natasha Lyonne thrown into a new situation. She’s a charming mess with an endless supply of clever comebacks that toe the line between brilliant and corny; born in 1979 and somehow still living there, like America’s youngest, hippest Jewish grandmother. If you like the cut of her jib on other series or on talk show appearances, you’re in for more of the same. (For me, this is not a problem.) Likewise, Poker Face is tonally about what you’d expect from Rian Johnson; it’s cheeky, it’s current, it’s a little in love with itself. An hour-long runtime and a rotation of other writers at the helm prevent Poker Face from disappearing too far up its own ass. (Though, like Benoit Blanc of Knives Out, Charlie Cale often becomes a white knight to protect or avenge a saintly, victimized person of color.) Poker Face embraces modernity, often weaving technology into the fabric of a mystery rather than avoiding it, but it’s not as specifically “about now” as the Knives Out series, which might give it a better shelf life in the long run.

Of course, it’s way too early to tell whether or not Charlie Cale will join the canon of great onscreen detectives next to Jessica Fletcher and Inspector Clouseau. She’s at a slight disadvantage to begin with, as her series is definitely riding the surprising new wave of Columbo nostalgia and Columbo didn’t become Columbo by trying to be Dragnet. However, she does have one of the essential ingredients of any television lead: You can get attached to her very quickly. Part of the show’s formula is that Charlie forms bonds with people immediately, and strongly enough that she’ll risk her safety to solve their murders or prove their innocence. Such an empathetic character is instantly endearing, and a welcome change of pace from the troubled antiheroes who have dominated television for most of this century. Such righteousness can occasionally make a protagonist bland or unrelatable, but this is Natasha Lyonne we’re talking about, so “boring” seems out of the question. The potential is certainly there for Poker Face to go on a long, prosperous run, but with the streaming bubble in mid-burst, nothing’s a safe bet. For my part, I’m All In. 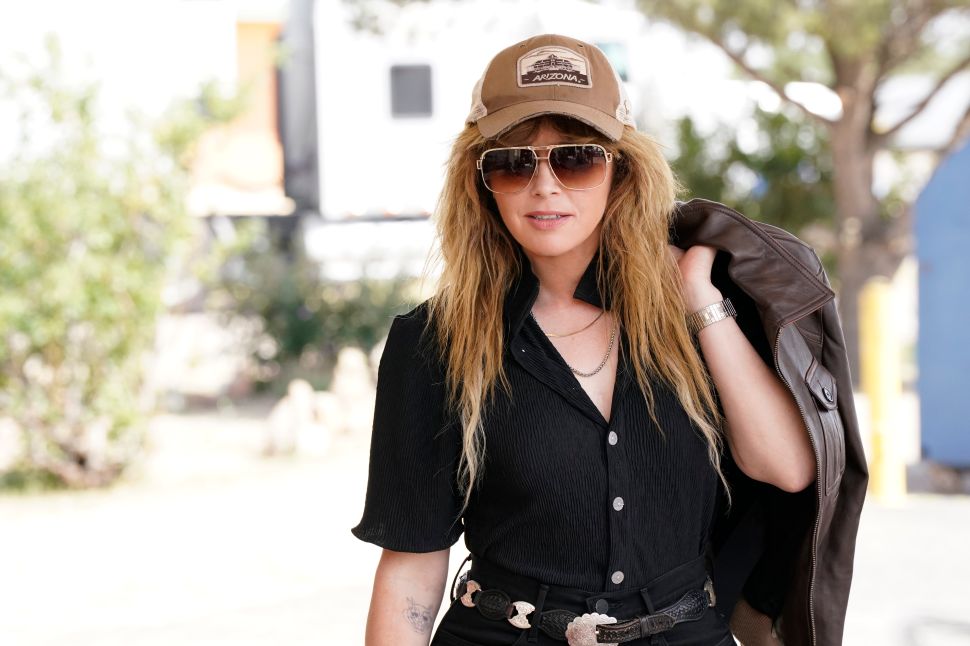