On the surface, Saint Omer doesn’t present itself as a particularly riveting film. It is, after all, set primarily in a French courtroom. But the movie, from documentary filmmaker Alice Diop, is so gripping you can barely tear your eyes away from the screen after it ends. Diop, who wrote the screenplay with Amrita David and Marie NDiaye, based the story on a real-life case of Fabienne Kabou, who was convicted of killing her young daughter by leaving her on the beach to be swept away by the sea. Diop attended the trial herself, while pregnant, and was so compelled by the testimony that she decided to turn it into a drama. Although Saint Omer does draw from the trial itself—using real dialogue from the courtroom—Diop’s version is ultimately fiction, which only makes it more interesting.

The film follows Rama (Kayije Kagame), a literature professor (and stand-in for Diop), who attends the trial of Laurence Coly (Guslagie Malanga) in the French town of Saint-Omer. Rama, who is pregnant, hopes to write about the case, using it as the basis of a modern-day retelling of the Greek myth of Medea. Instead, she becomes enraptured by Laurence’s testimony, which doesn’t quite align with what Rama expects.

The majority of the film takes place within the walls of the courtroom, presided over by a female judge played by Valérie Dréville. Laurence gives lengthy testimony, guided by her lawyer (Aurélia Petit), and it’s those moments that are most engaging—and telling. Malanga gives an acting masterclass as Laurence, an educated Senegalese immigrant who accidentally became pregnant during an affair with an older white man while studying philosophy. Laurence is clearly conflicted by motherhood and when asked why she left her daughter to die she simply replies, “I don’t know,” adding that she hopes the trial will clarify things for her.

Infanticide is one of the most horrific crimes one can imagine, which, of course, makes the viewer even more curious. As Laurence explains her background and how she came to leave her own daughter on a beach to die, massive questions emerge. How could someone do that? What pressures and expectations have been put on women that would lead Laurence to take such drastic measures? Is it worth sacrificing one’s own dreams and freedoms in order to bring new life into the world? How do we judge a mother who doesn’t want to be a mother?

Through the lens of the courtroom, Diop examines these questions along universal themes of motherhood, race and gender. The film carefully walks the line between astute intellectual observation and emotionally harrowing contemplation. Her characters are smart and educated, drawing on literary and philosophical touchpoints, but there is also a sense of gravity that feels like a gut punch. We observe alongside Rama, who is shaken by the trial, and we feel for Laurence, a woman who did something unfathomable. In that way, Diop gives everyone a sense of humanity, even the character who committed a terrible crime.

Saint Omer, which has won numerous awards and is nominated for Best International Feature at the Independent Spirit Awards, is already one of the best movies of the year. Don’t be dissuaded by the courtroom setting or the subtitles. This is a film that everyone, but particularly women, should see. It is a core-shattering experience in every frame. 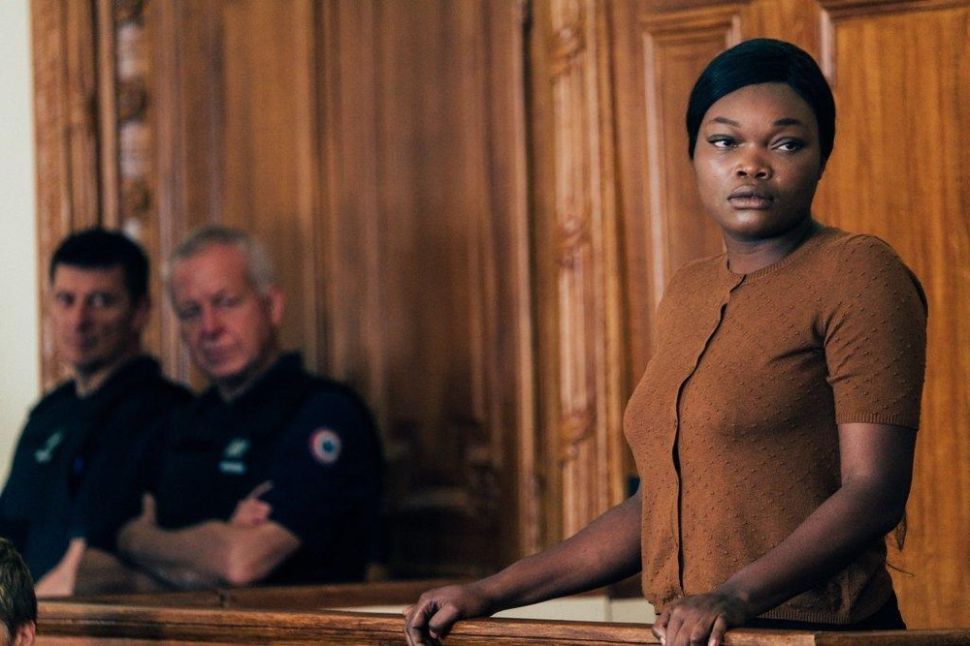