SpaceX is scheduled to launch a Falcon Heavy, the world’s most powerful reusable rocket, on Jan. 14 from NASA’s Kennedy Space Center in Florida, kicking off a busy year for the relatively new launch vehicle after a three-year pause.

Saturday’s mission, dubbed USSF-67, will send a military communications satellite and a satellite-carrying spacecraft for the U.S. Space Force, which became a SpaceX client in 2020. In November, SpaceX launched another Space Force mission with a Falcon Heavy in the rocket’s first flight since June 2019.

SpaceX has four more Falcon Heavy launches scheduled for 2023, the busiest year for the rocket. In total, SpaceX could launch 100 missions in 2023, up 40 percent from 2022, CEO Elon Musk recently said. The company has a backlog of more than a dozen Falcon Heavy missions delayed from as early as 2019 because clients couldn’t get payloads ready on time.

Falcon Heavy stands 230 feet tall and consists of three strapped-together boosters used in SpaceX’s workhorse Falcon 9 rocket. Therefore it is capable of carrying three times more weight than Falcon 9 and is better suited for delivering heavy payloads to the high-altitude geostationary orbit, about 22,200 miles (35,700 kilometers) above Earth. Most orbital missions fly to only about 1,250 miles (2,000 kilometers) above Earth. Both November’s Space Force mission and the upcoming flight aim to deploy satellites in geostationary orbits.

Saturday’s mission will be SpaceX’s fourth rocket launch this year. The company completed two Falcon 9 missions earlier this month and has a third one scheduled on Jan. 12.

The space company was most recently valued at $137 billion, making it one of the most valuable private companies in the world and a bright spot in Musk’s otherwise troubled portfolio of businesses. 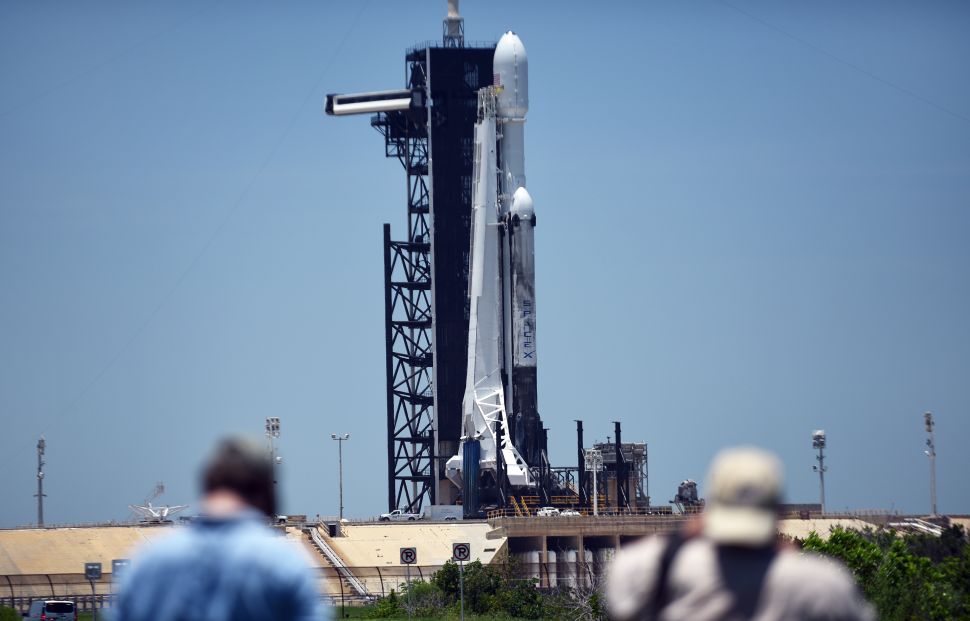