Sompo Holdings, a Japanese insurance company that owns Vincent Van Gogh’s Sunflowers, is being sued by heirs of the oil painting’s former owner, claiming their relative was forced to sell the artwork under Nazi persecution.

Julius Schoeps, Britt-Marie Enhoerning and Florence von Kesselstatt, descendants of German banker Paul von Mendelssohn-Bartholdy, are seeking the return of the painting and more than $1 billion damages, according to a lawsuit filed in Illinois federal court.

In 1934, von Mendelssohn-Bartholdy allegedly consigned the 1889 Van Gogh painting to Parisian art dealer Paul Rosenberg and transferred its ownership to his non-Jewish wife Elsa in an attempt to prevent Nazi confiscation of the artwork. The banker, who died in 1935,  relinquished the painting “as one of many grave consequences of the racially exclusionary Nazi policies and concomitant coercion calculated to evict Jews from the economy and society of Germany,” according to the lawsuit.

Yasuda Fire & Marine Insurance, which became known as Sompo in 2010, purchased Sunflowers at a Christie’s auction in 1987 for almost $40 million, the highest-ever auction sale for a painting at that time.

Von Mendelssohn-Bartholdy’s heirs claim the insurance company has since profited from the artwork and incorporated it into Sompo’s corporate identity, despite being aware of its historical context.

In 2000, Sompo expressed concerns to the Art Institute of Chicago and Amsterdam’s von Gogh Museum over the painting’s Nazi history, according to the lawsuit. Sunflowers remains on display at Sompo’s Tokyo museum.

The insurance company denies the lawsuit’s accusations, said Misako Oikawa, a Sompo spokesperson, in a statement. “Sompo categorically rejects the complaint’s allegations of wrongdoing, the claims made, and intends to vigorously defend its ownership rights.”

Update: This story has been updated to include comments from Sompo Holdings. 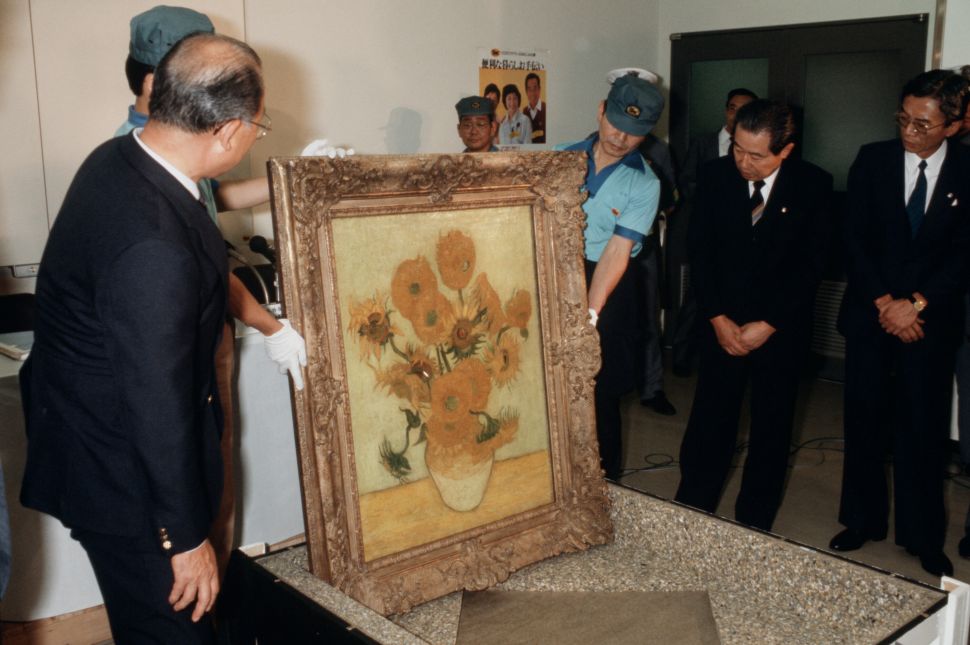