Virgin Orbit launches satellites using a modified Boeing 747 aircraft with a small rocket attached under one of its wings. About an hour after takeoff from Spaceport Cornwall in southwest England late Jan. 9, the Boeing 747 successfully separated from the rocket in mid-air. But the system experienced an “anomaly” while the rocket’s second-stage engine was firing up for higher altitude, Virgin Orbit said in a statement today.

It was the first time Virgin Orbit attempted a launch from the U.K. soil. The U.K. government, which partly funded the launch, had high hopes for the mission to open a door for the country into the global space game dominated by the U.S., Russia and China.

“The first-time nature of this mission added layers of complexity,” said Virgin Orbit CEO Dan Hart in a statement today. “In the end a technical failure appears to have prevented us from delivering the final orbit.” 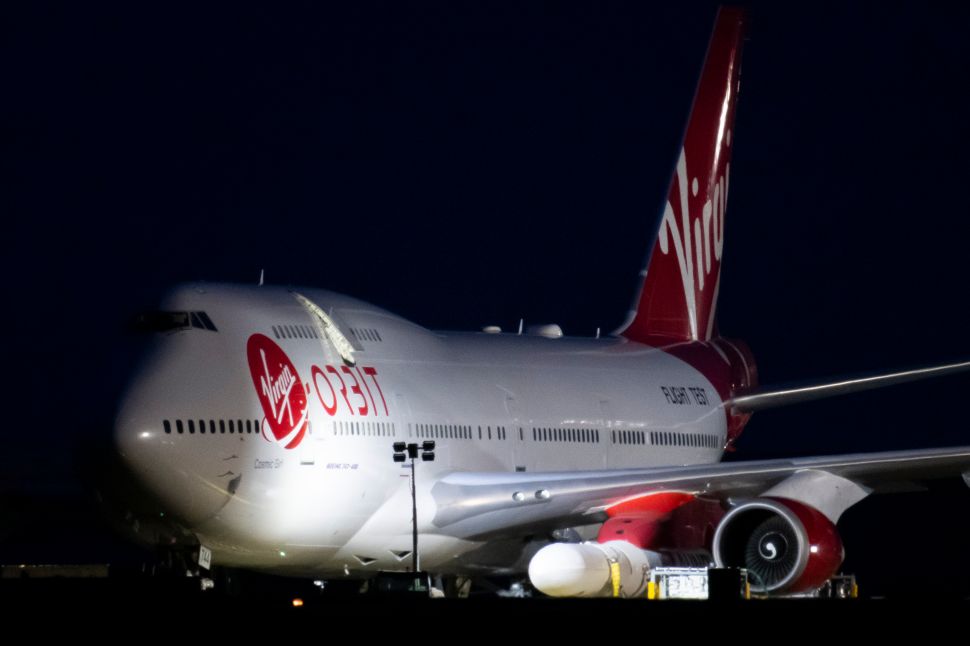