The first ever orbital space launch from the U.K. is scheduled to take off today (Jan. 9) with a spaceplane made by Virgin Orbit, a satellite startup under Richard Branson’s Virgin Group, delivering nine military and science satellites to Earth’s orbit.

Unlike traditional rocket launches, Virgin Orbit will fly a modified Boeing 747 aircraft with a 69-foot rocket attached under one of its wings to about 35,000 feet in the sky, where the rocket will separate from the plane and soar higher to its designated altitude. The method is known as horizontal launch, which isn’t as capable of carrying heavy payloads as a vertical rocket but is cheaper and less dependent on weather conditions, NASA research has found. Branson’s other space company, Virgin Galactic, also uses a horizontal launch system.

The mission, called “Start Me Up” (named after the Rolling Stones song), is scheduled to take off at 10:16 p.m. local time (5:16 p.m. ET) at Spaceport Cornwall in southwest England. If the flight is cancelled, Virgin Orbit has a few back-up launch windows later this month.

Virgin Orbit shares, traded on Nasdaq, are up nearly 12 percent in the new year so far after losing more than 75 percent in 2022.

Virgin Orbit fills a void in the U.K. space industry

The U.K. historically has had a limited presence in the global space industry dominated by the U.S. and Russia. The U.K. Space Agency, established in 2010, has completed only one orbital space mission, the Black Arrow, in 1971, but that mission was launched in Australia.

Most space missions are launched near the equator to take maximum advantage of Earth’s substantial rotational speed, because the farther a rocket sits from Earth’s center the more starting speed it acquires once blasted off. But launching from sites at higher latitudes makes it easier to place satellites in orbits that pass over the poles, known as geosynchronous orbits, which is where today’s Virgin Orbit mission is aiming.

The U.K. government has vowed to increase support for its homegrown space industry in recent years. In 2019, the government selected the Cornwall Airport Newquay, a regional passenger airport, as the site to build a launch base for Virgin Orbit. The government invested £20 million ($24.3 million), along with the country council of Cornwall, in the project, which was later named Spaceport Cornwall.

Today’s mission “will catalyze investment, bring new jobs to communities and organizations right across the U.K., as well as inspiring the next generation of space scientists and engineers,” Ian Annett, deputy CEO at the U.K. Space Agency, told the U.K.’s Sky News today.

The majority of Europe-led space missions are launched from a spaceport in French Guiana on the east coast of South America. More launch facilities are being built in Continental Europe at higher latitudes in Scotland, Germany and the Scandinavia. 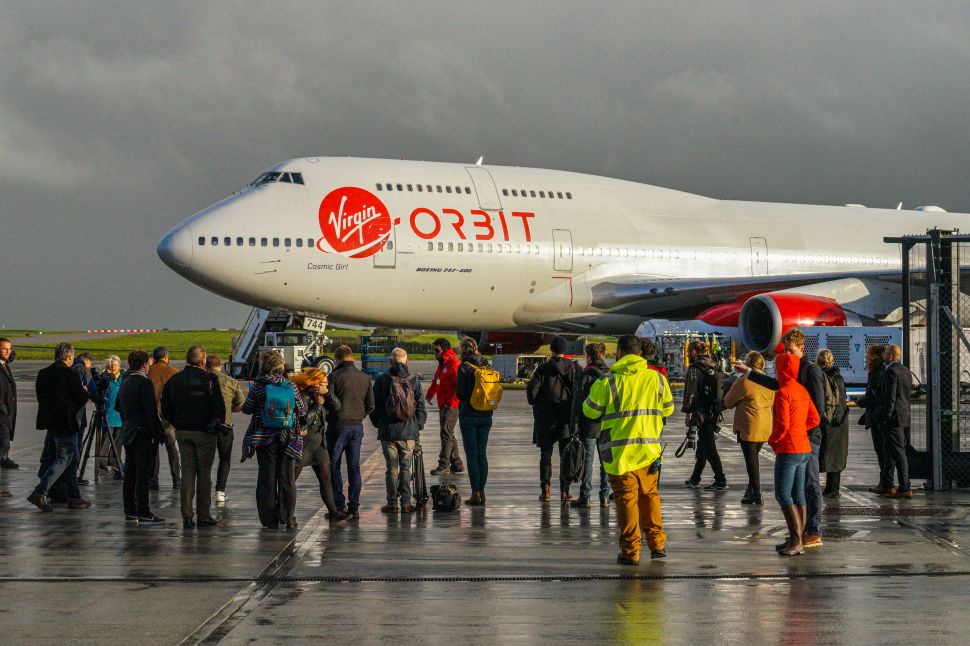