Sci-fi action, poignant drama, and an intense survival story are just some of the exciting streaming offerings this week. There are subtitled films both highbrow and high concept, plus a returning series that turns true crime on its head. Get reading and get streaming!

From the director of Korean zombie hit Train to Busan comes a new sci-fi film with similarly high stakes. Jung_E takes place at the tail end of the 22nd century, when climate change has rendered the planet all but uninhabitable. Humans must live in a man-made shelter, and it’s hardly a futuristic utopia. Tensions run high, a civil war breaks out, and the hopes for humanity ride on the shoulders of an experiment that seeks to clone a legendary mercenary. It’s a new take on the apocalypse, one sure to pack a punch. Jung_E premieres Friday, January 20th.

Starring a pre-Star Wars John Boyega, Imperial Dreams tells the story of a reformed gangster who must return to his volatile home after he’s released from prison. Though he tries to devote himself to his family and start fresh, the odds are stacked against him: he needs to pay a backlog of child support to his ex (Keke Palmer) and provide for their young son, but he can’t get a job; and he can’t even get a license to get a job without paying that child support. It’s a stirring drama about the vicious cycle that confronts those trying to make a better life for themselves. Imperial Dreams streams until the first week of February.

This French drama and Venice Film Festival winner centers on the myriad taboos and traumas surrounding abortion. In a small French city in the early ‘60s, an intelligent university student named Anne becomes pregnant. Though she dreams of finishing school and securing a future for herself, Anne’s opportunities begin to shrink as her stomach starts to grow. When she decides to seek out an abortion, she must resort to dangerous and illegal means to ensure her autonomy. Though Anne risks serious health complications, the social consequences are just as threatening. Happening premieres Sunday, January 22nd.

Survival stories may seem predictable at the outset, with one person facing off against the perils of nature, all but doomed to succumb to the cruel planet we call home, but Arctic goes about the genre in an especially intense way. Mads Mikkelsen stars as a plane crash survivor stranded in the Arctic Circle. The film really kicks into high gear, though, when his would-be rescuers meet a crueler fate than him. What follows is a harrowing journey through the ice, one that tests the character’s limits as well as the actor’s. Arctic streams until the end of the month.

No actor does action quite like Keanu Reeves, a fact proved thrice over by his role in the John Wick franchise. Reeves stars as the titular retired hitman, a grizzled fighter who’s brought back into action by a few upstart mafia men. What follows is an action-packed series of movies exploring the underworld that John Wick worked so hard to escape from, complete with bone-crunching fight scenes and heart-stopping stunts. John Wick: Chapter 4 is set for release this spring, so be sure to catch up and get hyped up before then. All three John Wick movies are available to stream until the end of the month.

One of Apple’s longer-running series, Truth Be Told, returns for Season 3 this week. Octavia Spencer stars as Poppy Parnell, an investigative reporter-turned-true crime podcaster who seeks to shine a light on unexplored and forgotten cases. In this season, Poppy sets her sights on a group of missing Black girls who the public has turned a blind eye to. Gabrielle Union also stars as a local school principal who finds an ally in Poppy, though the depths of this mystery may be too dark for these two women. Season 3 of Truth Be Told premieres Friday, January 20th. 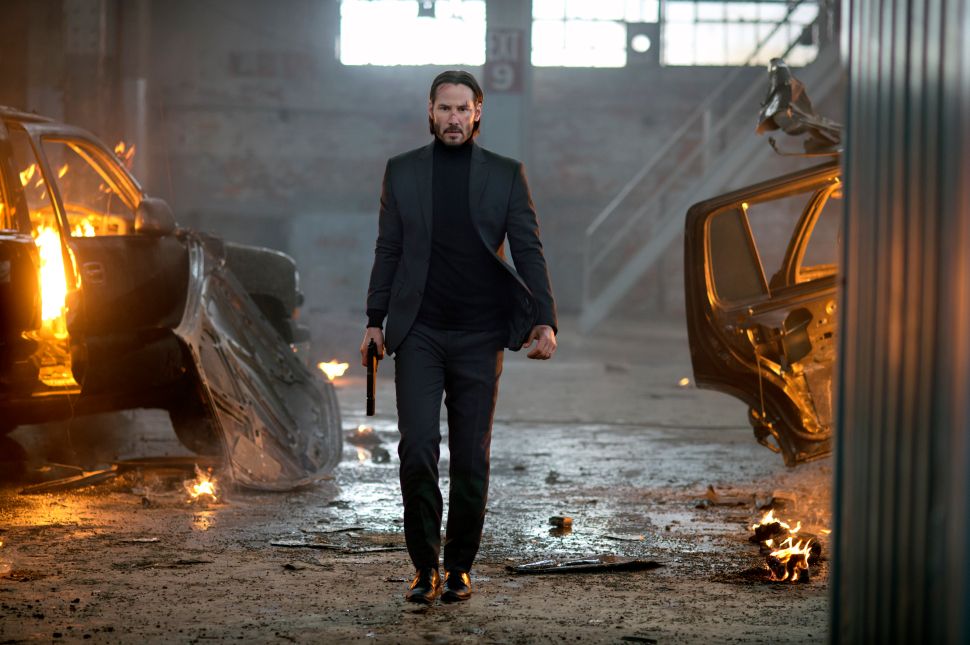