The criminal underbelly of Denmark, a murder investigation helmed by Edgar Allan Poe, and the reimagination of a beloved, bespectacled mystery solver are just some of the stories you can see on streaming this week. As always, there’s plenty to pick from, so scroll and stream as you please.

Filmmaker Nicolas Winding Refn is dipping his toe back into the television pool with his new Danish-language series, Copenhagen Cowboy. After being kept as a human good luck charm for much of her life, a young woman seeks answers and revenge within the Copenhagen underground. While it may sound like your typical action fare, this noir thriller blends the supernatural and the natural, the beautiful and the brutal. Of course, as in previous hits like Drive and The Neon Demon, Refn dyes the whole thing with bright, saturated colors, turning a seedy criminal underworld into something fantastical. Copenhagen Cowboy premiered Thursday, January 5th.

This new mystery thriller-slash-Gothic horror stars Christian Bale as a veteran detective who partners up with Edgar Allan Poe (Harry Melling) to investigate a series of murders at the United States Military Academy. The Pale Blue Eye takes place when Poe was a mere student at West Point, rather than a master of the macabre, but the young man already has quite the eye for mysteries — especially when they involve his fellow students. The supporting cast boasts the likes of Gillian Anderson, Lucy Boynton, Charlotte Gainsbourg, Toby Jones, and Timothy Spall. The Pale Blue Eye premieres on streaming Friday, January 6th.

A psychological drama about a midlife crisis gone all too wrong, True Things follows Ruth Wilson’s Kate as she breaks out of her office job ennui with the help of an enigmatic new guy she can’t help but fall for (Tom Burke). Kate works in a benefit claims office, and her lack of enthusiasm for her job puts her at odds with her boss and her friends; she’s hopelessly bored and concerningly lonely, until a man with bleached hair who’s only just gotten out of prison sits down to go over his benefits with her. Sex, lies, and textbook toxicity ensue. True Things will be available to stream starting Sunday, January 8th.

Perhaps a more contemporary version of the first season of AMC’s period horror series, The Terror, The Rig asks what happens when Mother Nature gets sick of us humans exploiting her. This new show takes place on an oil rig in the North Sea, where a return to the mainland gets postponed indefinitely after a mysterious fog blows in and cuts the crew off from the rest of the world. Tensions rise, and those on the rig begin to turn on each other — but is this cabin fever, or have the crew released something sinister and supernatural from the deep? The Rig premieres Friday, January 6th.

A film that takes place in a Hooters-adjacent sports bar hardly seems like a great source of female empowerment, but Support the Girls is in fact a slyly feminist movie. Regina Hall stars as Lisa, the manager of the oh-so-tastefully named Double Whammies, trying to manage a particularly chaotic day: a would-be robber gets stuck in the restaurant’s air vents, a charitable car wash to help an employee becomes a fireable offense, one of the younger waitresses (Haley Lu Richardson) reveals that she’s been dating an elderly regular, and the cable goes out. Haven’t we all been there? Support the Girls became available on streaming earlier this month.

Mindy Kaling’s television empire continues to grow. Having created The Mindy Project, Never Have I Ever and The Sex Lives of College Girls, she’s now venturing into the world of adult animation with Velma, as both executive producer and the voice of the bespectacled Mystery Inc. member. The series is a Scooby-Doo prequel of sorts, wherein Fred is a murder suspect, Shaggy is Scooby-less, and Daphne has some complicated feelings towards Velma. It’s a shake up with a voice cast that includes Sam Richardson, Constance Wu, and Glenn Howerton. Velma premieres Thursday, January 12th. 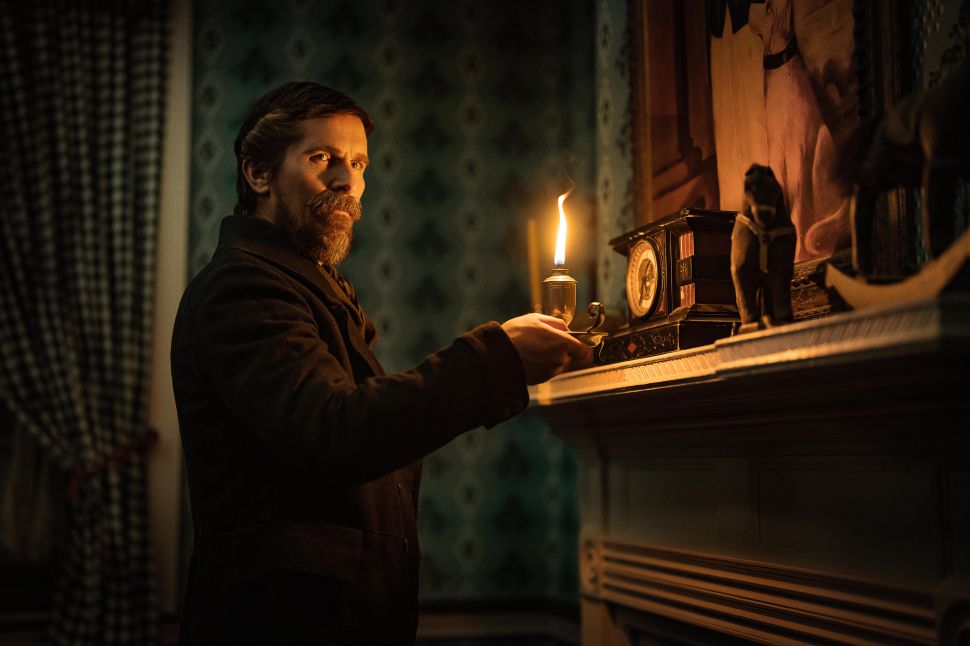