Sotheby’s May 17 Modern Evening Auction sale had the art world glued to their phones last night, so we rounded up some of the highlights. 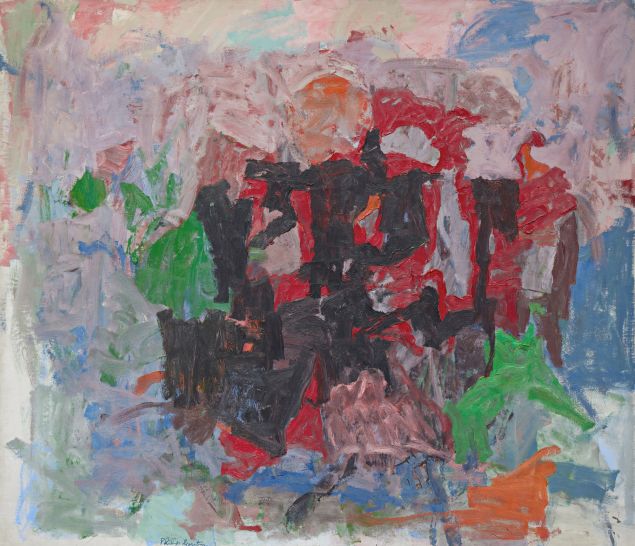 Sotheby’s May 17 Modern Evening Auction sale had the art world glued to their phones last night as records were broken and favorite works found new homes. We rounded up the highlights from the sale, with attention to works that blew their estimates out of the water.

Despite being a Picasso, this late-career statue was only estimated to sell for a little over half a million dollars. Estimates for statues are typically lower than for paintings, and Picasso is most loved for his paintings, so it was an unsurprising (yet possibly naive) choice to have such a low estimate. Selling for over $2 million, the feminine form was first conceived in Cannes in 1961 then cast in bronze version in Mougins in 1962.

Executed in 1940, Kay Sage’s oil painting drew a price beyond its estimate. One of the greatest women Surrealist painters, Sage’s work was originally shown in a solo show at Pierre Matisse Gallery in the spring of 1940, right before a pivotal move to Connecticut for the artist. Her later work, such as the 1956 oil painting Le Passage, turned inward and she moved further from her focus on dreamscapes such as this.

This oil and gouache painting executed in 1959 was estimated at a remarkably modest $400,000 – $600,000, which for a work intended to mourn those lost during the Spanish Civil War, seems very low. A profound reflection on death and extreme loss, Motherwell’s work sold for for nearly twice the top of that estimate, proving that people still appreciate a good state of morbid self reflection.

The oddly seasonal Leaves in Weekhawken was very popular at this summer auction, selling at way over the estimate totaling a whopping $10,091,000. Executed in 1958, the work represents a period of intense abstract expression, featuring bold color and distinct capturing of moments in time. It’s possible that the oil painting was expected to fetch less given the warmer weather.

Then of course, there were surprising under-performers, such as Philip Guston’s Nile, which only sold at $18 million despite bing estimated to go for $20 – $30 million, or Camille Pissarro’s Vue de Zevekote, Knokke, which sold for a low $945,000.

Of course, the notable yet fairly expected winner of the evening was Pablo Picasso’s Femme nue couchée which sold for $67,541,000. A 1932 painting of his lover Marie-Thérèse Walter, the unique portrayal of Walter had never before been at auction.