August is a fun month in New York City, full of festivals, music, food, art, and people coming together. Here is a list to stay in the know. 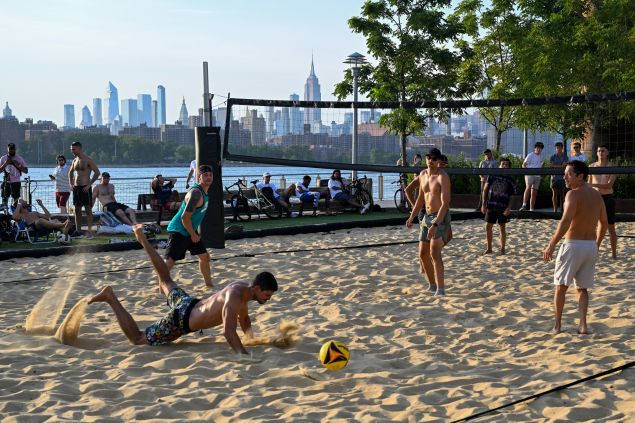 We love keeping you informed on what's going on in New York City, and with the heat of August upon us it's important to keep a guided list of what you'll be prioritizing. Don't worry though, we got you covered.

BRIC is based in Brooklyn and is completely dedicated to the promotion and curation of Brooklyn-based artists, Brooklyn-based culture resources, and free arts programming for those of the borough. BRIC's Celebrate Brooklyn! concert series is a must each year but specifically this ticketed Erykah Badu concert on August 5 is for sure going to be a hit.

One of the newer New York City arts establishments, Poster House is a museum completely dedicated to archiving and displaying posters. It has quickly become a fan favorite and on August 6 from 12pm to 5pm at Flatiron Plaza there is sure to be a crowd.

Who doesn't love BBQ and blues? I know I do. On August 13, Blues lovers who enjoy honey bbq sweetness will be found enjoying what they love at Hudson River Park. With a mixture of local blues artists, and some legends, as well as a variety of delicious barbecue options to choose from, it's certainly an event.

Academy Award winning director King Vidor, who created nearly fifty films in his lifetime, is being shown in a retrospective at Lincoln Center. From August 5-14 theater goers can watch classics such as the influential 1925 war film The Big Parade, his 1956 adaptation of War and Peace starring Audrey Hepburn, and the Pre-Code 1932 romance Birds of Paradise.

It cannot be missed that SummerStage is happening all summer long in New York, with a mix of free to the public and benefit ticketed performances, comedy, and all around entertainment. With a packed list of performers who may as well be a Who's Who of culture, New Yorkers make sure to come out each year.

see who is performing

Reminder Roller Skating is Back

This summer is special because roller skating is back by popular demand at Rockefeller Center for the first time since the 1940s. From disco jams to kids trying skating for the first time, it's a magical chance to experience a historically unique yet fun experience.

The incredibly popular Netflix show Stranger Things has turned into an experiential exhibition that tourists and New Yorkers alike might appreciate. Guests are invited to experience Hawkins Lab themselves, to their terror and delight.

The exhibition running this summer is organized by the family of the late Basquiat, revealing over 200 unseen works to the general audience. This will be a huge exhibition for art lovers and tickets, which must be purchased online, are selling fast.