Events in New York City for the First Half of June

Don’t get overwhelmed with the busyness of summer, we have curated a list of events in New York City for the first half of June. 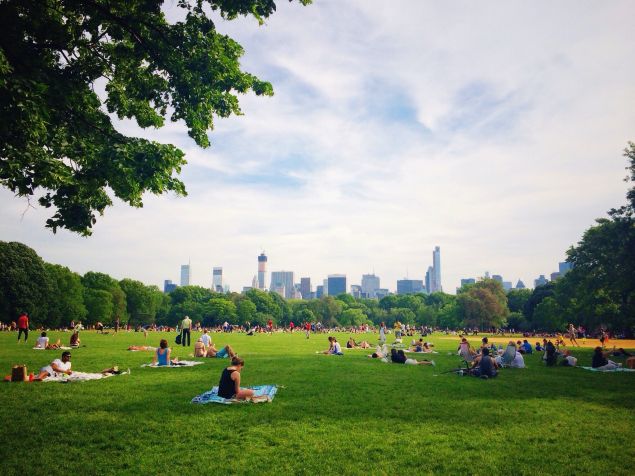 New York City is heating up, which means people are out and about, events are every day, and it’s difficult to keep up. We have a curated list of things to look forward to and check out in the coming weeks.

The 92NY consistently brings forth a vast array of incredible events: talks, performances, online and in-person—you can tell they really think of everyone. I’m really excited by this duo of Steven Isserlis and Mishka Rushdie Momen performing Bach on June 4 at 8pm, but be sure to check out their website for a packed summer calendar.

Films of the Green

It’s almost a little too classic New York City but who doesn’t love films screenings in the park? Villa Albertine in collaboration with Face Foundation and NYC Parks has got you covered with a French-focused cinema festival. Starting June 3 and going till September 9, all films are free to the public and first up is Les Choses de la Vie by Claude Sautet June 3 in Central Park.

For foodies, it’s hard to deny the appeal of the Uptown Night Market in Harlem starting June 9. With over 50 vendors delivering delicious and unique food to stuff yourself with, get ready to find yourself in Harlem, suddenly scarfing down on delights.

We love Mike Leigh. Until June 8, Film at Lincoln Center is showing a giant retrospective of Leigh’s work — if you haven’t had a chance to catch one, go! Films such as Career Girls (1997), Naked (1993), and Secrets & Lies (1996) are there for all of New York’s Mike Leigh fanatics.

Never before officially released in the United States, Belladonna of Sadness directed by Eiichi Yamamoto is a cult underground favorite that is screening at Metrograph twice on June 2 and once on June 7. It’s truly a good get for the theater.

A Preview Concert of American One Acts

This project pairs Highway 1, USA by William Grant Small and Down in the Valley by Kurt Weill, with the double bill featuring highlights from both operas at Kaufman Music Center on June 3. For those who are sad the Met’s going on vacation, here’s a chance to get out and support local opera.

F*ck Art: The Body & Its Absence

A favorite of tourists and locals alike, the Museum of Sex has a new exhibit — “F*ck Art: The Body & Its Absence” — opening on June 10 and running until October 11. It’s worth catching in June, since the hot summer months beg for fun date activities. Nothing is hotter than the intersection of sex and art.