The 60th NYFF is around the corner. Observer Entertainment Editor Joe Levy and Arts Editor Erin Taylor picked out their top choices for NYFF 2022. 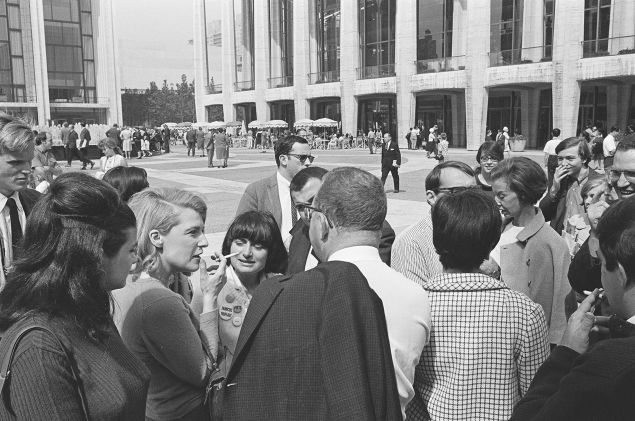 It can be difficult to choose what films to prioritize when the New York Film Festival swings around and 2022 is a banger line-up. Observer editors Joe Levy and Erin Taylor collaborated on their picks for NYFF 2022. Running September 30 through October 16 at Lincoln Center, it's worth checking out.

Personality Crisis: One Night Only

Martin Scorsese co-directed this performance film of David Johansen during a January, 2020 run at the Cafe Carlyle. Johansen — who helped bridge the space between glam and punk with the New York Dolls in the early ‘70s — is dolled up the tux and pompadour of his Buster Poindexter persona for a night of stories and songs designed to deliver a portrait of the artist, a little like cabaret as memoir. You may be tempted to wait for this to come your way on streaming, but the care Scorsese takes with the sound mix on his music docs can be a revelation on the big screen.

All the Beauty and the Bloodshed

Documentarian Laura Poitras explores Nan Goldin’s relationship with art, opioids, and her battle against the infamous yet influential Sackler family. Fans of the artists and haters of the Sacklers will be lining up to see this.

These four films were made between 1966 — when Owens was still a teenager — and 1970; they run a total of 81 minutes. Owens’ work was little seen at the time — when he was perhaps the only gay African American underground filmmaker — though over the last 15 years he has been recognized for his mix of the diaristic with a form of painterly cinematic portraiture, as in Remembrance: A Portrait Study (included here), a six-minute film of his mother and her friends.

South Korean director Park Chan-wook is bringing us the seeming thriller of the century. Chan-wook made Oldboy and the buzz around Decision to Leave, a title that does make one feel lovelorn, is certain to carry it through the festival.

Noah Baumbauch’s film adaptation of Don DeLillo’s 1985 classic is further away from its source than DeLillo’s 1988 Lee Harvey Oswald novel Libra was from the JFK assassination, thus everything about this story that once felt presecient — particularly the environmental disaster of an Airborne Toxic Event — is now nostalgia. But the fear of death — and the tensions of family — remain ever present. Adam Driver, Greta Gerwig, and Don Cheadle star, and the NYFF showings are a chance to get a look this dark comedy before its Thanksgiving theatrical release (and December 30th Netflix bow).

Director Alice Diop is bringing the existential and ethical questions of our world to the forefront as a western journalist sits a murder trial in Senegal: of a mother who allegedly murdered her child. As Diop’s first feature film after seven documentaries, one might say Saint Omer is a long time coming.

Director James Gray scales back from the historical epic of Lost City of Z and sci-fi setting of Ad Astra for a coming-of-age story set in 1980s Queens — the neighborhood in which he came of age. The title comes from the Clash’s cover of a reggae classic by Willie Williams—it’s used on the soundtrack—but it might as well speak for experience of Gray’s stand-in Paul Graff (Banks Repeta) as he transitions from PS 173 to a monied private school in Forest Hills. Anne Hathaway plays Gray’s harried mom, Anthony Hopkins is his grandfather, and Jessica Chastain cameos as Maryanne Trump (Donald’s sister), who stops by school to dispense some Reagan-era propaganda.

New from the ongoing collaboration between director Kelly Rechiardt and actress Michelle Williams, Showing Up follows an artist in Portland who struggles with the creative’s life. Released by A24, it certainly isn’t Uncut Gems—but could it be something better?

After a detour into the English language with last year’s Bergman Island (set on Fårö, the tiny Swedish island where Ingmar Bergman lived and often made his movies), Mia Hansen-Løve is back to her native French. As always with Hansen-Løve expect graceful and poignant explorations of existential struggle, family bonds, and the pains of love. Lea Seydoux stars as a translator whose heart is tested by caring for a father whose dementia means he forgets who she is and a boyfriend whose marriage means he often does the same.

A deep dive into masculinity and the Madonna-Whore complex from director Austrian Ruth Bechermann. Bechermann filmed various men reciting the infamous anonymous 1906 novel  Josephine Mutzenbacher or The Story of a Viennese Whore, as Told by Herself and recorded their reactions again and again. A bit of a trip, and unusual if you’re seeking a more narrative film, Mutzenbacher will be talked about.