All the Fashionable Celebs at the 2022 U.S. Open

The U.S. Open is the hottest ticket right now. 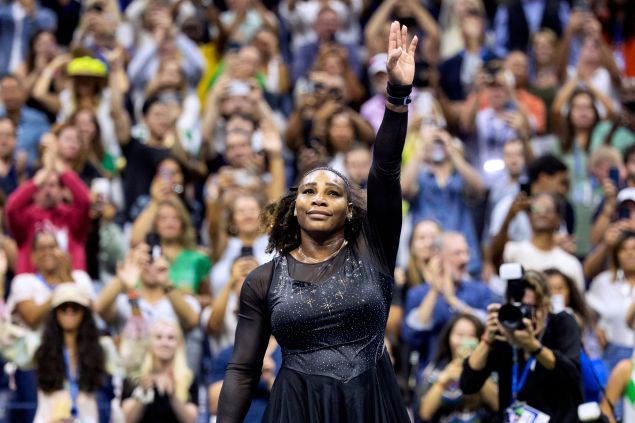 The U.S. Open is back in New York, as the biggest stars in tennis return to the USTA Billie Jean King National Tennis Center for the final Grand Slam event of the year. The 2022 U.S. Open has already seen plenty of major moments and upsets, including what might have been Serena Williams' final appearance at the tournament before her retirement, as well as Frances Tiafoe's win over four-time U.S. Open champ Rafael Nadal.

Aside from the impressive talent on the courts, Arthur Ashe is always filled with famous faces during the U.S. Open, and this year is no different, with everyone from Gigi Hadid and Tiger Woods to Zendaya and former President Bill Clinton cheering on the players from the stands. Lindsey Vonn, Gayle King, Queen Latifah, Spike Lee, Anna Wintour and Ashley Graham have also all been spotted at the stadium, wearing their tennis spectator best.

While the on-court fashion is always exciting to see, the famous fans don't disappoint, either, and we've got all the best pictures of your favorite celebs attending the U.S. Open.

in Knwls by Charlotte Knowles

in EleVen by Venus Williams