What to Do In New York City in the Coming Weeks

Our curated list of events to check out over the next few weeks. 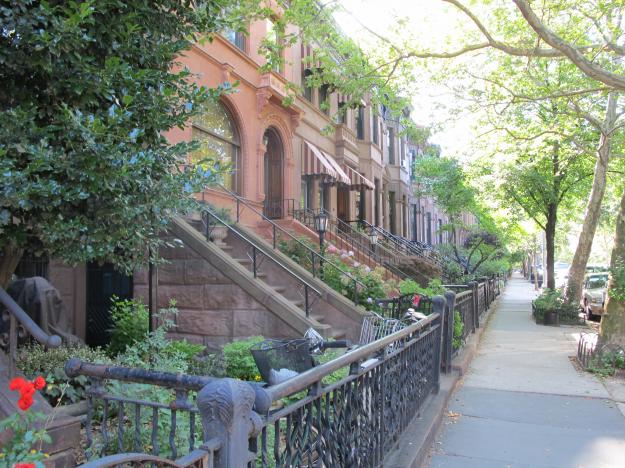 We love to try to keep you in the know, so we rounded up a few events happening over the next few weeks that are worth checking out! It’s a hectic time for everyone and as always there’s a lot going on in New York City. Here we cover the end of June and also suggest a few things to check out as the summer rolls into July.

Queer Butoh at The Brick

A very cool collaboration between traditional Japanese dance theater Butoh and contemporary queer artists such as XUE, Mervin Wong, dustin maxwell, and more. At $20 a ticket, all performances take place at 8pm on June 28, 29, and 30 at Brick Theater on Metropolitan Avenue.

This Sunday June 26th at 11 a.m. in New York City is the official Pride Parade. Rooted in radical activism, the Pride Parade forms a giant party that takes over large parts of Manhattan. Of course, we included the parade on our list of Pride events, but at long last the weekend is upon us.

For Fans of Artechouse and Charitable Drinks

The experiential arts space in New York City has partnered with the Stonewall Foundation, specifically around the cocktail Brainbow XR Cocktail, with $5 of each sale going to the foundation till the 26th of June. So if you hit Artechouse this weekend, stop by the bar to support the Stonewall Foundation, also check out their “Life of a Neuron” exhibition — it’s probably better meant for a day with the kiddos, but a drunken day with friends works too.

Actor Chella Man has curated an exhibition, “Pure Joy,” at 1969 Gallery that will run from June 30 to August 13. Featuring work from emerging and mid-career artists, with a focus on disabled visual and performing artists, it’s an impressive exhibit. Some artists included are Tourmaline, Kate Meissner, and Christine Sun Kim, and it’s well worth making time to visit the gallery to see the rest.

Free Outdoor Screening of ‘Hedwig and the Angry Inch’

We love public events that are a celebration of queer culture while also giving us an excuse to leave the center of cement city, which is exactly what you’ll get if you go to Governors Island on July 1 at 7pm. A free outdoor screening of John Cameron Mitchell’s 2001 film Hedwig and the Angry Inch is a good excuse to get the gang together for a picnic.

It’s endearing that New York has borough-based night markets that change location, times, and names all around where we lay our heads. From those who brought you the much loved Bronx and Uptown Night Markets, comes the Brooklyn Night Market, at the Industry City compound. The compound is on 36th St, between 2nd and 3rd, on June 27 starting at 4pm. Food, dancing, and drinks are expected as well as summer revelers.

Moves With a View at the Brooklyn Bridge is Back

Starting July 7 with a screening of Richard Linklater’s 1995 film Before Sunrise, the Brooklyn Bridge Park Conservancy plans to show movies near the bridge all summer long!

Beach Block Party at the Children’s Museum of the Arts

One of the coolest things about growing up in New York City and the surrounding areas is the ability to access the vibrant NYC culture and community from a young age. The beloved Children’s Museum of the Arts is kicking off the summer with a beach block party at Spring Street Park in Hudson Square on June 26.