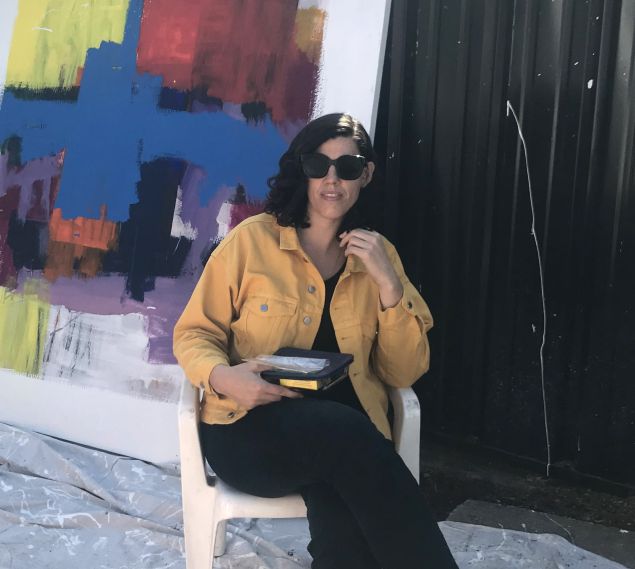 Concept is everything. Night Gallery began as a late-night-only space in a Los Angeles strip mall and gained a lot of attention for the uniqueness of its format and shows. Now, 10 years later, founder Davida Nemeroff is celebrating the anniversary with “Majeure Force,” a two-part exhibition launched amid a pandemic. “I have to say, that was a personal milestone,” Nemeroff said of the show. The dual presentations included more than 40 artists in total, and elevated imagination and collaboration as sources of inspiration and comfort. The concept translated to a collection of inspired works: a shopping cart turned into a cactus garden by JPW3 and a painting captioned to make two dinosaurs appear as though copulating by Christine Wang, to name just two. Not your average art show.

When asked to reflect on her success, Nemeroff spoke first of the challenges. “I have to admit that the art world is a relentless industry, COVID-19 or not, and it doesn’t allow for much time to sit around and pat yourself on the back,” she confessed. “It’s all about what is next on the horizon, so that is what we have been focused on.” The gallerist then rattled off the accomplishments of her artists: Samara Golden’s “Upstairs at Steve’s” at the Fabric Workshop & Museum and Kandis Williams in the “Made in L.A. Biennial” mark just two of the gallery’s more high-profile institutional shows.

“All that said, every so often, there are moments when I can sit back and say I’m proud of my resiliency and proud that I have pushed Night Gallery to be the gallery it is today,” said Nemeroff. “It is a woman-run, artist-led, staff-supported organization whose strong business acumen is reflected in our 10 years of success.”