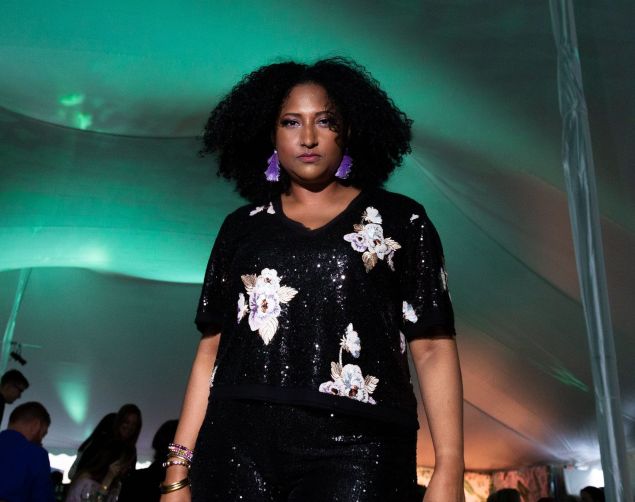 Newman-Scott might be relatively new to New York City, but she possesses all the authority and relentlessly imaginative vision of someone who’s been cutting their teeth in this seething metropolis for years. That sort of energy is needed to serve as the president of the nonprofit community arts space BRIC, now located in Fort Greene, Brooklyn, which has provided the borough with countless initiatives to promote artistic expression for over four decades. In the midst of the past summer, Newman-Scott responded to the urgent needs of protesters fighting for justice in the middle of a pandemic by participating in the “Opening Your Lobby” initiative, and made sure community stories were being broadcast across BRIC’s six public access TV channels.

Now, as winter creeps closer, BRIC’s president is continuing to work tirelessly to be of service to artists, BRIC’s community, and its audience. Newman-Scott explained that BRIC has reimagined its BRIC Lab program in order to holistically incubate artists working in visual, performing and media mediums. “We have artists for whom we have built out studios in our main gallery space that would normally have a major exhibition,” Newman-Scott told Observer. “Being able to see artists working in their spaces and in process is something that we wanted to focus on, and what’s really exciting is having this cohort of innovators working together and across these disciplines.” All of Newman-Scott’s work is driven by her desire to “protect our people.” Unfortunately, in the art world, that mentality is all too rare.

More articles about BRIC
Previous Next