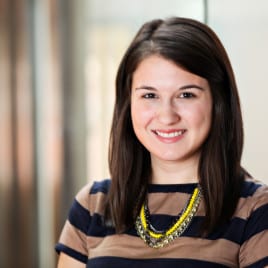 Lauren Amaio advises nonprofits, foundations and advocacy groups in the New York area on communication campaigns for the most urgent social issues—think diversity and inclusion, immigration reform and health care.

This year, amid an unprecedented crisis of civil unrest, she spearheaded a national campaign for the Rockefeller Foundation aimed at getting more women into the C-suites of Fortune 500 companies and secured coverage in The Wall Street Journal, The Washington Post and Fortune magazine. She also worked with the Black Economic Alliance to raise awareness of the organization’s efforts to drive economic progress for African Americans.

Besides her highly praised client work, Amaio has also established herself as a regular voice in Advertising Age, opining on digital advertising.