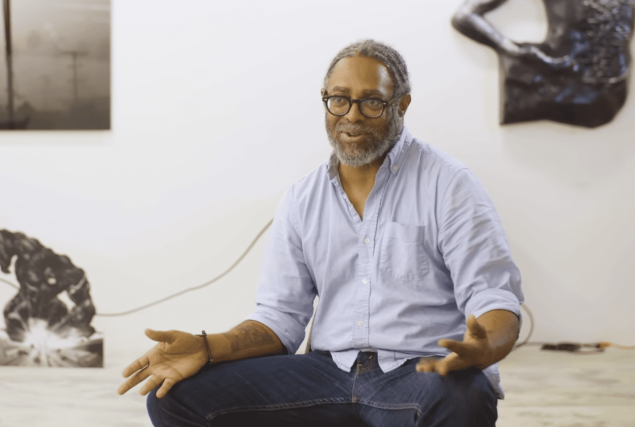 For decades, the artist Arthur Jafa worked as a cinematographer for others before becoming recognized for being the fully-realized creative he is; this recognition crystallized with the release of his 2016 masterpiece Love Is the Message, the Message is Death. In this video, Jafa pairs Kanye West’s “Ultralight Beam” (Jafa also directed a Kanye West music video last year) with seemingly disparate clips of Black folks celebrating, facing down the police and simply living. Every so often, in the video, roiling closeups of the sun punch through countless intimate human dramas. This year, Jafa’s legacy is being cemented with the artist’s first retrospective at the Louisiana Museum of Modern Art in Denmark, but his career is far from concluding or stultifying. At 60 years old, Jafa is producing as much as ever.