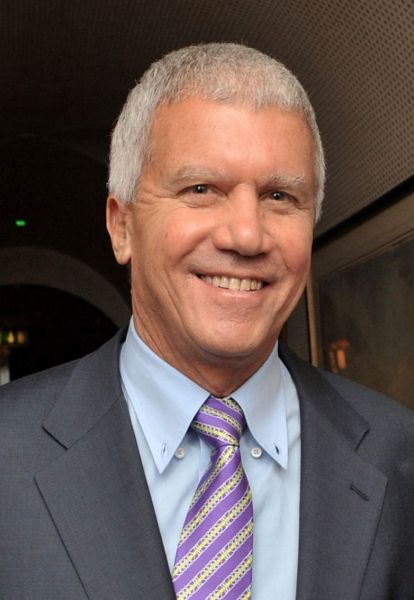 Owner and Founder at Gagosian Gallery

Larry Gagosian’s had some tough losses as of late. Two of the most high-profile contemporary artists in the world left the gallery stable—Jeff Koons and Urs Fischer. Following this, artnet News issued a report noting the gallery had hemorrhaged nearly 30 percent of their represented artists since 2014.

In January, Gagosian closed their San Francisco space, citing a need to consolidate and strengthen the gallery’s presence on the west coast by focusing on L.A.

Meanwhile, allegations of misconduct led to the dismissal of Sam Orlofsky, the sales savant who engineered the 5.5 million dollar sale of a Cecily Brown painting over Instagram last year. If the misconduct weren’t enough, Orlofsky also managed the miracle of creating a market for bad-boy artist Dan Colen. (Orlofsky came up in last year’s power issue.)

All this bad news takes a toll, but his place at the top so far exceeded others that it’s taking him a while to fall.

With 300 staff members, 170,000 square feet in gallery space, and 90 represented artists and estates, the dealer has more muscle than most competitors. So, he’s on the list. “He’s still probably No. 1 until there’s evidence that he isn’t,” Don Thompson, an economist and art market expert, told artnet News recently.

At 76, staying on top is a more significant accomplishment than it might be for those in their 40’s and 50’s. But given the succession planning frequently cited in industry media, maybe we’ll have someone else to talk about sooner than later.