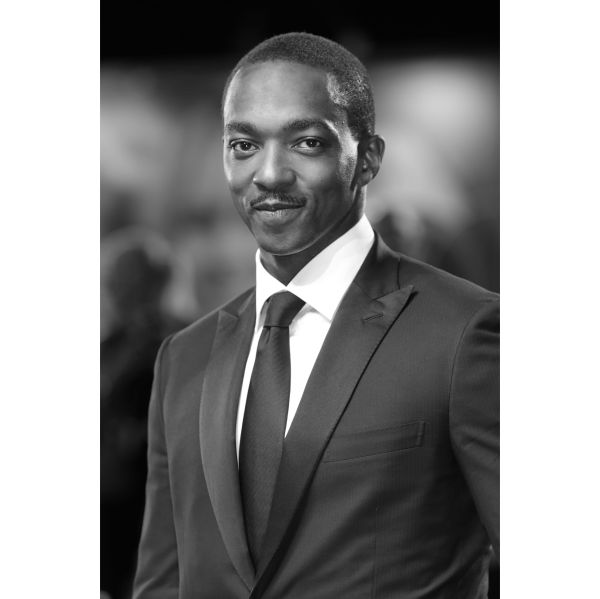 Flying, finally, to the forefront of a changing universe.

Much like the majority of the Marvel Cinematic Universe’s main cast, Mackie’s projects outside of the safety net of his comic book stardom have struggled. That’s not a knock on Mackie or the rest of the cast, it’s just an unfortunate side-effect of Hollywood’s modern franchise-driven landscape. So if you can’t beat the system, you might as well embrace it.

After six appearances as the side character Sam Wilson/Falcon, Mackie is finally taking center stage in his own project alongside Sebastian Stan’s Bucky Barnes/Winter Soldier. Malcolm Spellman (Empire) and Derek Kolstad (John Wick) serve as writers and executive producers on the action-packed yet surprisingly nuanced superhero blockbuster miniseries.

Holding the frame is Mackie, who provides an unexpected level of pathos to Sam Wilson as he’s treated in the series like a superstar Black athlete—admired on the field when making plays, but not off it. The reflection of our divergent perception and treatment of famous figures based on race rings unfortunately true to our real world today and is a reality Mackie is aware of.

With one of Disney+ and Marvel’s biggest blockbuster shows yet teasing a possible take on the comics storyline where his character takes center stage as Captain America, Mackie acknowledges the place in history that pop-culture representation holds. “The idea of having a Black Captain America, I feel like it’s more gas on that fire to burn down the systematic nonsense that we were brought up in and we lived in up until now,” he has said. “It’s a new day.”

More articles about One Night in Miami, The Falcon and the Winter Soldier
Previous Next