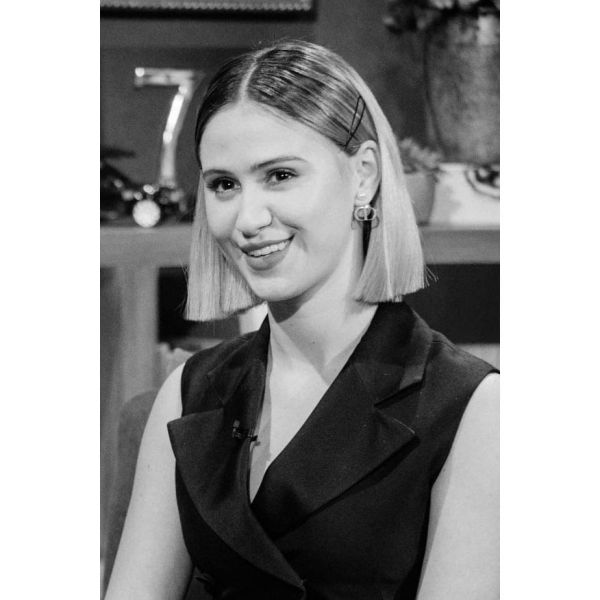 Scene-stealing and exposing power at the same time.

The list is called Supernovas for a reason. We’re here to highlight the explosive names breaking down the door of Hollywood with sheer talent and force of will. Perhaps nowhere was that more evident recently than in the overnight sensation Maria Bakalova, who arguably upstaged the improv mayhem master Sacha Baron Cohen in his own movie Borat Subsequent Moviefilm.

Bakalova’s remarkably authentic and quick-witted performance transformed her character into the heart of the highly publicized and long-awaited sequel. Not even the overwhelming hilarity of Rudy Giulliani literally being caught with his pants down could steal the young performer’s thunder. The 24-year-old Bakalova is now the first Bulgarian ever nominated for an Academy Award and a Golden Globe.

“Movies like this are showing people’s true colors,” Bakalova told The New York Times in the wake of the scandal the now-infamous scene kicked off. “It’s going to show Rudy’s real character. You’re responsible for your own decisions. So, no, I don’t feel bad.”

During the movie’s opening weekend, Amazon claims “tens of millions of customers around the world” streamed the film, resulting in “huge engagement on the service.”