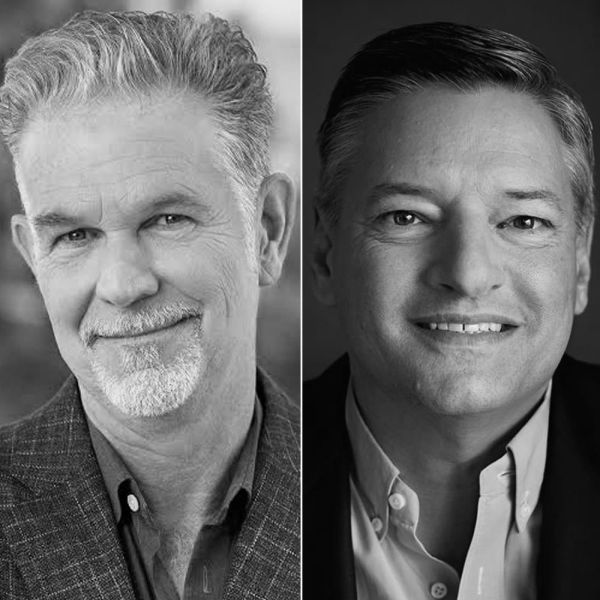 Despite a few high-profile misfires, 2021 is off to a strong start content-wise between Cobra Kai Season 3, Lupin, Ginny and Georgia, Firefly Lane and Shadow and Bone. Zack Snyder’s blockbuster Army of the Dead is also on pace to become the streamer’s ninth most-watched original film. The back half of 2021 will see the release of Red Notice (starring Dwayne Johnson, Ryan Reynolds and Gal Gadot), The Witcher Season 2, You Season 3 and more high-profile home run swings.

During a recent TED conversation, the two spoke about a management philosophy of “freedom plus responsibility” that informs their guidance of the company. “You basically say: get tons of people, let them do their thing, but let them own the outcome of that thing,” Sarandos said. Hastings piggy-backed: “The macro thing is to use judgment. You’re going to have some mistakes, but the point of it is those don’t really matter in the success of the company over multi-decades.”

Due to the recent explosive growth, Hastings and Sarandos have been able to strategically redirect Netflix from aggressively attempting to expand its subscriber base toward focusing on profit and financial security. After racking up $15 billion in debt, the sigh of relief that comes with no longer needing to borrow money to fund content is a significant benchmark for the health of the company.