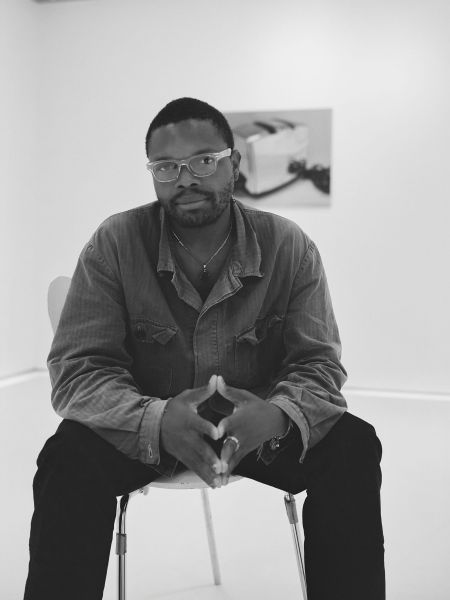 Curator and Gallerist at Restaurant Projects

K.O. Nnamdie came to the United States from Nigeria at the age of three and grew up between Texas and Miami. He began taking photos at the age of thirteen. By fourteen he had an agent and a gallerist. However, after ten years of making images, Nnamdie switched career tracks and turned towards gallery work. Now, at 30, Nnamdie spends most of his time helping other artists as a curator and art advisor. He told Observer, “I know there’s an idea that artists are all selfish and sometimes maybe those stereotypes are true. For me, I felt very bored with that and not satisfied any longer, so I began to actually start dealing and helping friends get press, sometimes unbeknownst to them…”

Nnamdie began curating exhibitions using the name Restaurant Projects in 2017. This work developed out of an interest in hospitality which he says came out of his Nigerian heritage. “Hospitality is incredibly important to us, to our culture and our people, and I grew up with a family that was very generous to many people at large,” he told Observer. He says his father sent non-family members to college and helped set them up in life with a car and a job. He sees his role as an advisor and curator as bringing this kind of hospitality into the arts.

Nnamdie has recently returned to making art and has an autobiographical book of photos, called Doctor, set to come out in September. However, his main focus still is to be of service to his community. He is working towards the creation of an art space, called Continent, which will be a home for BIPOC and LGBTQIA+ artists who are othered and excluded elsewhere. He described it as a place that would “show an example of how to be inclusive without pandering or posturing or being a faux ally.” Rather than being a gatekeeper, Nnamdie wishes to be of use and to give to others what he was able to achieve at such a young age.