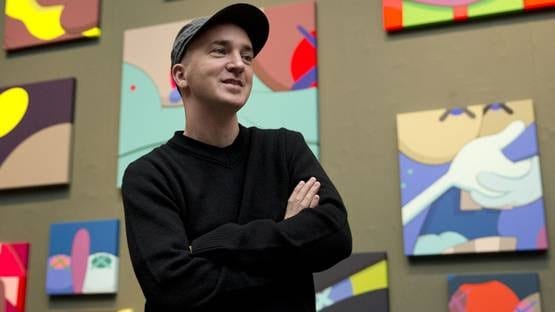 Earlier this year, I compared assigning an art critic to the Brooklyn Museum’s KAWS retrospective to sending a restaurant critic to review a McDonald’s. KAWs (Brian Donnelly) grew a fan base so large that one positive review will not expose more viewers to the art, while a negative appraisal only meets expectations. Virtually no critics see the value in his work, myself included.

But the same context that made reviewing the show pointless is the argument for including him on this year’s list. The artist has reached a point in his career where his legacy is all but unbreakable. His signature cartoon-shaped sculptures are installed worldwide from museums all over South East Asia, to Europe, to his home in the United States. He collaborates with the biggest brands in operation today, including Nike, Uniqlo, Dior, and MTV. The Brooklyn Museum retrospective highlighted that reach and cemented his legacy.

While KAWS’ work appeals to families across the globe, one key to understanding his success lies in following his support of other galleries, organizations, and artists. He threads shots from galleries and artists he supports throughout his Instagram feed, unafraid to support smaller artists and organizations in his feed. In a field often plagued by jealousy and contempt, the artist’s generosity and goodwill set him apart.